Troubles with Adapting to Polyphasic Sleep?

Hacking your sleep schedule is an alluring, but dangerous game. For centuries, people have tried to optimize their energy and increase their time awake by playing with their sleep patterns. While the idea of getting more done by sleeping less is appealing, there isn’t any evidence it works and the risks far outweigh the rewards.

Polyphasic sleep, characterized by breaking up sleep into multiple shorter periods throughout the day or night, is one such attempt. Though it may sound like a promising way to increase productivity, it fails to account for one critical factor: The human body is not built for such extreme sleep deprivation.

Despite the dangers, many people still try to force their bodies into a polyphasic sleep schedule in the hopes of gaining an edge. If you’re considering doing the same, there are a few risks you should be aware of.

Adjusting to a polyphasic schedule is a major shock to your system so a lot of people have trouble adapting.

Your body relies on sleep to function properly, and all types of polyphasic patterns limit the number of hours you get in bed. The National Sleep Foundation recommends that healthy adults get at least 7 hours of sleep per night. The most snooze you’ll get during polyphasic sleep is 6 hours, and some schedules only allow for as little as 3 or 4.

Drastically reducing your sleep is linked to a host of health problems, such as:

Beyond the health concerns, there’s also the issue of sleep debt. When you don’t get enough sleep, your body starts to accumulate a sleep debt that can be difficult to repay. The more days you go without enough rest, the more this debt grows, and the harder it becomes to make up for lost sleep.

Say, for example, you need 8 hours of sleep every night, but for the past week, you’ve only been averaging 6. Every night you fail to get 8 hours, you accumulate a sleep debt of 2 hours. Over a week, that adds up to 14 hours.

That means it can take days, or even weeks, to recover from sleep debt, and the chronic effects of sleep deprivation can last even longer. Polyphasic sleep may help you get by in the short term, but it’s not a sustainable (or healthy) way to live.

Now that we’ve covered some of the dangers of polyphasic sleep, let’s address some of the most common questions people have about implementing this sleep pattern.

I’m not waking up easily. What should I do?

It takes time for your body to adjust to a new sleep schedule. So when you first begin polyphasic sleeping, you’ll likely have a hard time waking up naturally and will need to rely on an alarm clock.

Some claim that once your adaptation period ends, you’ll have a greater likelihood of natural wake during your sleep blocks. However, this is not always the case. Some people find that they never adjust to the new sleep pattern and continue to struggle to get up in the early morning.

If you’re having a hard time waking up, increase the amount of time you’re sleeping in each block. Not being able to wake up could very well be a sign from your body that you need more rest.

If I’m getting lots of REM sleep, why do I still feel tired?

All stages of sleep are important, so rapid eye movement (REM) sleep isn’t the only factor for feeling rested. Research has found that this stage takes up about 20 to 25 percent of your total sleep (when you’re sleeping in a healthy, monophasic pattern). Longer or more frequent periods of REM sleep have been linked to depression.

When it comes to feeling rested, getting enough hours of sleep so you can cycle through all the stages of sleep is key. If you’re still feeling tired after you wake up, you’re likely not getting enough rest.

I am following my nap times consistently, but I still can’t nap. Why?

Again, it takes your body time to adjust from a monophasic to a polyphasic sleep pattern. But you can utilize some tools that will “trick” your body into thinking it’s time for bed. Try wearing an eye mask, turning down your temperature, and making sure your environment is quiet. The more you can simulate the conditions of sleep, the easier it will be for you to doze off.

Health Issues from Adapting to a Polyphasic Schedule

If you’re interested in trying a polyphasic sleep schedule, beware of the following health risks:

When to Speak With a Doctor

Following a polyphasic sleep schedule is chronic sleep deprivation. While some people claim that it gives them more energy and productivity, researchers have found no evidence that it’s anything but harmful when practiced long term.

If you do decide to give it a try, be sure to talk to your doctor first so they can monitor your health closely. Make sure to end the experiment if you experience any negative side effects. Polyphasic sleep is not worth sacrificing your health.

There is no magic bullet when it comes to sleep. Though a polyphasic sleep schedule may help you get by in the short term, it’s not something you can sustain long term. Not only will you likely feel exhausted but you also put yourself at risk for a host of health issues.

Sleep is vital for your health and well-being. So rather than trying to game the system, focus on getting the recommended 7 to 8 hours per night. Your body will thank you. 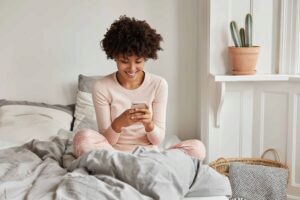 Best Apple Alarm Sounds to Wake Up To on iPhone

Who needs an alarm clock when you have an iPhone? Check out our top picks for the best Apple alarms on iPhone. 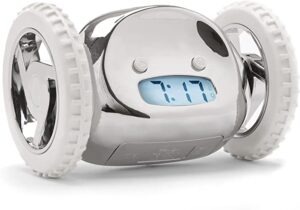 Clocky Alarm on Wheels: the Pros and Cons

Here’s everything you need to know about Clocky, a robotic alarm clock that makes you play hide-and-seek. 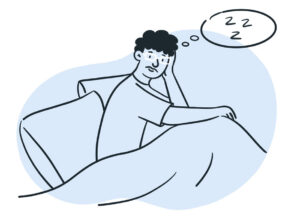 Cortisol is your body’s main stress hormone, and it may play a crucial role in how energized you feel first thing in the morning.

Troubles with Adapting to Polyphasic Sleep?