Naps are often considered a luxury, or a guilty little pleasure to be stolen in the midst of a busy day. But some alternative snoozers rely solely on short bursts of sleep.

The term exaptation refers to an organism’s trait that originally evolved for one purpose but later took on a new function. For example, feathers weren’t always used for flying. Originally, they served as insulation to keep dinosaurs warm. But over time, animals with feathers developed the ability to use them for gliding and then eventually flying.

Following that same line of thinking, nap exaptation advocates claim that it’s possible to manipulate your body to run on less rest by eliminating longer stretches of sleep and instead relying on naps.

But is nap exaptation really a thing? And—more importantly—is it safe? Let’s take a closer look.

Nap exaptation falls under the umbrella of an alternative sleeping pattern called polyphasic sleep. Polyphasic sleep is any sleep schedule that involves multiple periods of rest throughout the day instead of the traditional “monophasic” pattern of one long rest at night.

There are dozens of variations of polyphasic sleeping schedules, but all of them result in far less snooze time than the recommended 7 to 9 hours per night for adults. Typically, these schedules have what they call a “core sleep” period, which lasts anywhere from two to five hours, with additional 20- to 30-minute naps throughout the day.

Polyphasic sleepers look at napping (and sleeping in general) as a skill to learn rather than a necessary bodily function. Nap exaptation, also referred to as “naptations,” is the idea that you can adjust your body to function on less sleep by shocking your system with sleep deprivation.

Advocates argue that by training your body to power through without rest, it’ll eventually learn how to make the most of the little sleep it does get. Some polyphasic sleepers claim that they need as little as 2 hours of sleep per day once they’ve nap-trained their bodies.

Since polyphasic sleepers believe that sleep is malleable and unique to each individual, there are dozens of methods people claim to use. There are three main ways, though, that people attempt to adapt their bodies to this new way of resting:

While most folks would love to have more time awake, there’s a major problem with nap exaptation: it’s not backed by any scientific evidence. Most of the available information about nap exaptation comes from anecdotal reports and personal blogs. The little research that does exist on polyphasic sleep suggests that it’s not a sustainable—or safe—option for anyone.

There’s just no way around it—following a polyphasic sleep schedule that allows less than the recommended amount of sleep is sleep deprivation. Your body relies on sufficient amounts of quality rest to function properly. It isn’t designed to handle the stress of chronic sleep deprivation.

In fact, research shows that even short-term sleep deprivation can have serious consequences. The Centers for Disease Control and Prevention likens being awake for 24 hours to having a blood alcohol content of 0.10%. That’s above the legal limit for driving in the United States.

The long-term effects of sleep deprivation can be even more dangerous. Studies have linked extended periods of sleeplessness to an increased risk for chronic conditions like high blood pressure, heart disease, and diabetes.

While nap exaptation may sound like an enticing way to get more out of your day, it’s important to remember that there’s no shortcut when it comes to getting enough rest. Polyphasic sleeping severely limits the amount of time you spend asleep, and there’s no scientific evidence to support the idea that it’s a sustainable or safe way to sleep.

If you’re looking for more hours in the day, nap exaptation isn’t the answer. The best way to make the most of your time—and your health—is to stick to a regular sleep schedule that allows you to get the recommended 7 to 9 hours of sleep per night. If you’re experiencing trouble sleeping, talk with your doctor about your symptoms. They can help identify the cause and help treat any underlying issues. 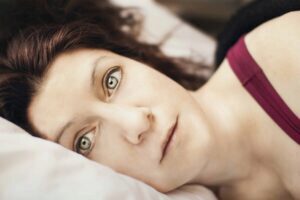 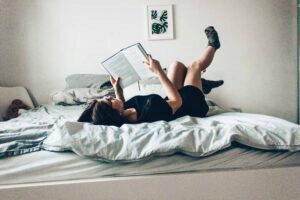 We often think of ideal sleep as eight hours a day, once a day. This is called monophasic sleep, but it may not be the most natural or ideal way to sleep. Instead, a polyphasic sleep schedule, or a daily schedule with more than two rests, can help you sleep more efficiently—more sleeping in fewer […]