Controlled Ketosis increases both SWS and REM, whichever is deficient

Food restriction (fasting) is not a very good way to increase deep sleep because it is unpredictable, irregular, and the effects depend on the diet you are restricted from (eg HC vs LC before the fasting). However, food restriction in certain parts of the day may be beneficial for wakefulness and sleep depth at night.

Being completely ketotic can mean a reduction in REM below that of which is recommended, and so we, therefore, suggest a controlled ketotic diet. REM sleep requires the uptake of glucose in the brain, therefore by having a few carbohydrates before REM sleep (such as before a nap or a REM core sleep) you may improve your REM sleep without interrupting your ketosis. People have been known to kick out of ketosis at the start of the day and then enter back into ketosis by the end of the day, and this could be a possible solution to maximizing sleep stage quality.

Eating a low carbohydrate diet will mean increased REM and SWS and in conjunction with polyphasic sleep, less overall sleep will be needed.

A raw vegan diet was made popular by Puredoxyk and Steve Pavlina when polyphasic sleep was first evolving as a concept, and it has been attributed to their successful adaptations. It is no surprise that raw diets have evidence supporting their helping human sleep.

Vegan, Vegetarian or Carnivore aside, eating lots of raw vegetables can have many wonderful benefits for the human body by offering the gut ferment-able fibre. There is ongoing research into the hypothesis SCFAs created from the fermented soluble fibre reduces the requirements for REM sleep by saving developing oligodendrocytes from death by apoptosis. This means with higher effective SCFA consumption, you will need to sleep less, just as increasing SWS from ketosis means you will need to sleep less.

Minimizing your cooked food intake is likely a good nutritional optimization simply because uncooked foods digest in 1/3 to ½ the time of cooked foods and food digestion distracts the brain from the sleeping process.

Minimizing risk of deficiency is important, as many nutrient deficiencies such as those of magnesium, zinc, calciferol, tocopherols, tocotrienols, retinol, EPA/DHA, choline, iodine, and B vitamins all increase the risk of sleeping disorder or reduced sleep quality. Eating from a selection of high-density foods definitely helps.

Food timing can help with the regulation of wakefulness in a polyphasic sleeping pattern. It is ideal to eat when you expect to be awake. If you are starting a schedule, you should eat within 30 minutes of waking up, to increase the waking/hunger response post-sleep. Gastric juices will start to be produced at that time of day, which increases wakefulness.

If you have established a sleeping pattern then you should shift your eating pattern so that you eat in the middle or the end of a period you spend awake, with the one exception of before an SWS core sleep (you should not eat within 2-3h of this sleeping period).

The liver has a clock that will signal to the body that it is day time when it detects decent amounts of glucose. Carbohydrates should be consumed at the start or the middle of the day when there is daylight.

One factor is that at each meal, blood levels of cortisol NORMALLY temporarily triple regardless of macronutrients in the meal.  Many people think that only dietary carbs do this but this is not true. Therefore we want to avoid eating too close to a time when we want Slow Wave Sleep (where sleep interruption is wanted the least!) This is why we say not to eat within 2h of a scheduled dusk core sleep for optimal sleep quality.

Currently, we do not advise any specific diet because the diet is a personal thing that revolves around ethics as well as health. There are threads discussing the many different diets.

If you have no preference for an eating style (paleo/veg/SAD) but want to improve your sleep without too much confusion you can follow this example meal plan. Eat 3-4 times a day, spread out across your schedule, with at least one 8h fasting period.

Hopefully, this simple meal plan will not require stringent counting calories, has variety, and is simple to follow.

There are many different things to consider when optimizing your diet for polyphasic sleep, but ideally, you should eat a low carbohydrate, high-fat diet, that will include lots of digestible fibre and lots of fast-digesting raw foods. 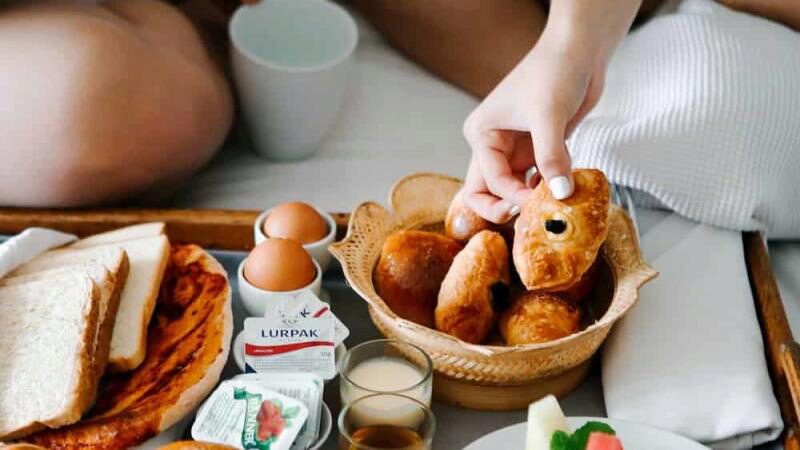 Eating Before Bed: Is It Bad For You?

Many of us have heard that we should avoid eating before bed at all costs, but we started to wonder if it is as bad as some make it seem. 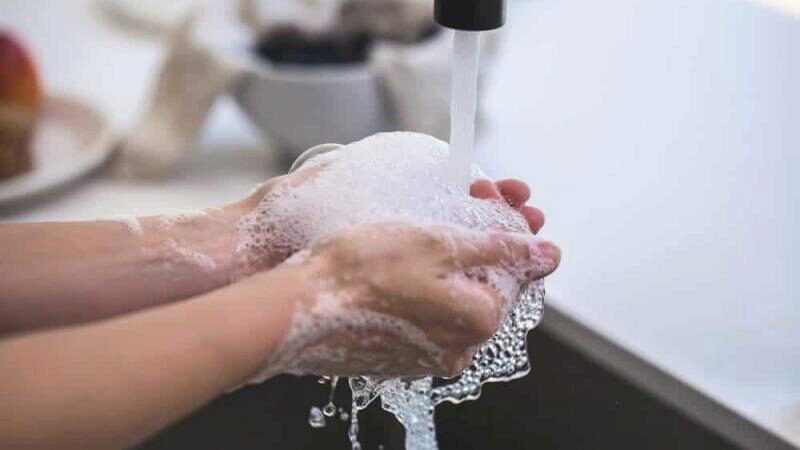 Many people would like to jump into polyphasic sleep without knowing even the basics of sleep hygiene.