We now know that both having an afternoon nap, and having segmented night sleep is healthy. It only makes sense then, that borrowing ideas from the best of both worlds can make a better schedule.

Segmenting your night sleep into two periods (dusk sleep prepared by natural lighting and graveyard hour sleep) can give you waking time at night. And napping throughout the mornings and days can reduce your overall need for sleep.

The benefits of two cores vs one

In some cases schedules with a single-core, when positioned late at night (around or after 12 am) or early in the morning (3.30 am), will create confusion in sleep repartitioning. These clash with the body’s circadian rhythm. With a natural lighting circadian rhythm, SWS  occurs most often in the first half the night and REM in the second. But because the core sleep (best suited for SWS) is placed in the second half of the night, the body will do one of three things.

It may try to divide sleep stage priority of the core between SWS and REM, in which future morning naps will be REM (which is good), but SWS is compromised.

It may try to prioritize SWS, and future morning naps will be REM (which is good). However, the requirement for early naps will be much stronger and a person will feel bad if they do not get several naps before and around midday.

It may try to prioritize REM, and if future morning naps are REM they can become SWS deficient. If future naps are SWS they will suffer from sleep inertia after each nap and feel terrible (unless they have previously repartitioned their SWS to fit into a 20-minute nap, e.g. uberman adaptation).

You can see how all these situations have some kind of catch. Having two cores can be a good thing, once adopted. The body can follow the circadian rhythm’s direction of sleep stage division between first half and second half night sleep. One core should be mostly SWS without being compromised, and the second sleep will be mostly REM. The person should not become SWS deprived. They will also have the opportunity to sleep through the graveyard hours.

A mild schedule consisting of segmented night sleep and a siesta nap should be easily achievable by most people and will have the benefits of both schedules. This kind of schedule might be easiest achieved if you first adapt to a plain segmented sleep schedule, then later reduce the first or second sleep and add a nap. 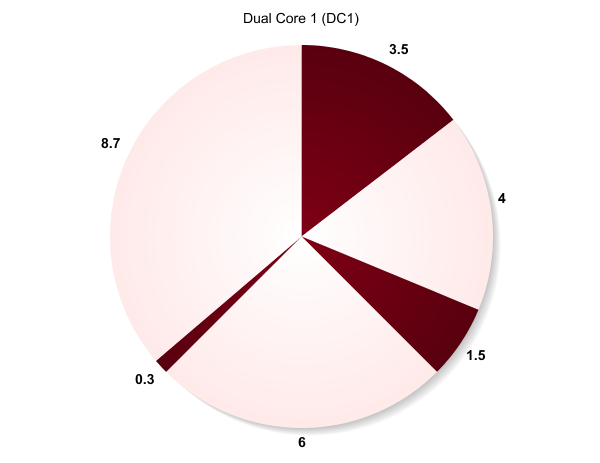 A Dual Core 1 (DC1) Schedule looks similar to triphasic but feels and has the benefits of a ‘segmented’ biphasic schedule. It follows the circadian rhythm.

Why Dual-Core Sleep Cycles are Good For Beginners

Dual Core 1 seems to be the most natural sleeping pattern for humans. If you are doing polyphasic sleep for health reasons, or are unsure of where to start, we would urge you to start with segmented sleep. When your two core sleeps stabilize, move to this schedule (DC1). You should aim be getting as much sleep as is comfortable in the morning without losing the ability to nap at midday. This might mean your second core is 1 h, or 1.5h or 2.5h … These graphs, of course, are only examples and your mileage may vary.

For those who just want to cut down on total sleep, this is also the most comfortable sleeping pattern to manipulate for less total sleep. 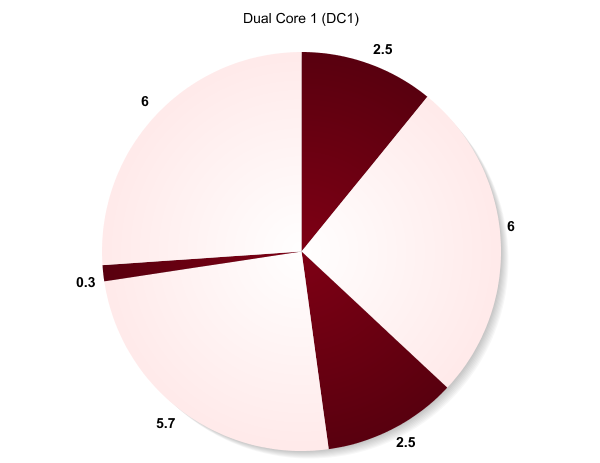 Another variant of DC1 that follows the circadian rhythm.

When you are comfortable with DC1 you can attempt to either move to Uberman, Everyman 3 or Dual Core 2 schedules. 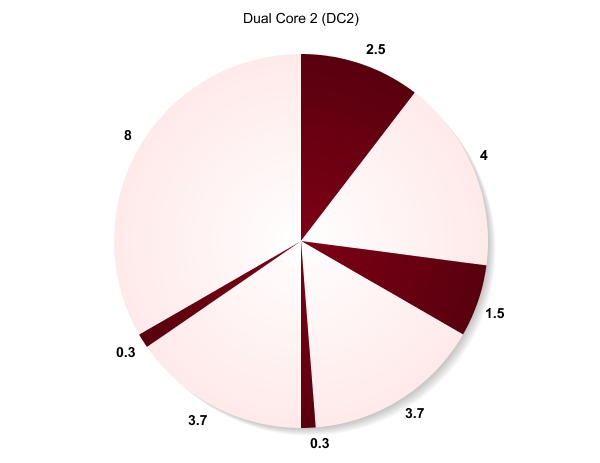 Dual Core 2 (DC2) may feel more like an everyman, but with a longer sleep in the mornings.

Dual Core 3 has advantages and disadvantages: It can be more healthful than a graveyard-core E3. As discussed in the E3 article, night sleep is important. DC3 can help you get some night sleep without having too much of an obligation in the early hours of the night. The disadvantage is that it may take longer to get used to as there is a larger reduction in overall sleep. And there is no longer core sleep. So SWS repartition may have to occur. We would place this in between E3 and Uberman in terms of difficulty to adapt to. 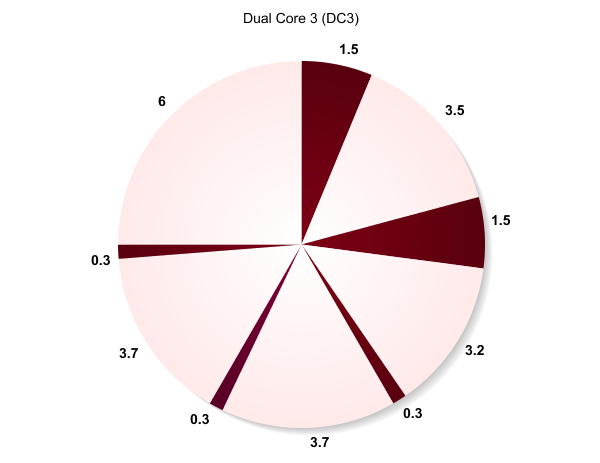 Dual Core 3 with a 2h BRAC and a 4h ultradian rhythm. You might transfer from Uberman to this DC3, keeping three-morning naps the same as your Uberman schedule. 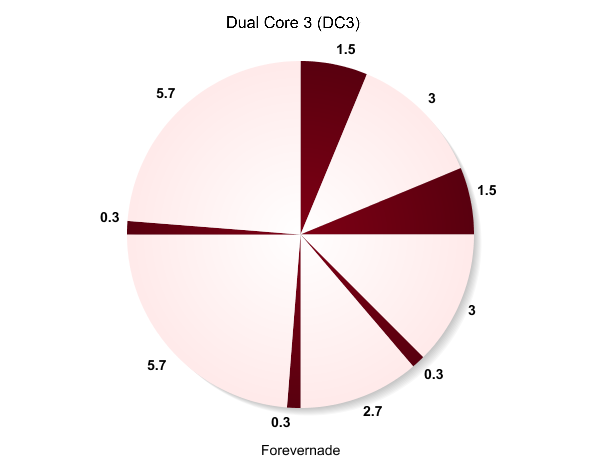 You can create your own schedules using this framework.