The invention of artificial lighting was a game-changer. The limitations that were brought about by the amount of time the sun remained in the sky were abolished. All of a sudden, humans had more time to accomplish tasks and perform activities that were once bounded by daylight. But with this shift in human activity also came a shift in sleeping patterns and little by little ended our primitive sleeping habits.

There is no doubt that artificial light, television, cell phones, and the internet make our lives easier. The debate is whether or not easier is better. Today when we “relax” we look at our phones, we binge-watch episodes of our favorite TV series, or we just spend hours upon hours searching funny cat videos on YouTube. The problem though is that while our bodies are relaxed our brain never shuts off. When our brains are constantly exposed to sources of stimulation it releases cortisol. Cortisol is a stress hormone that affects every system in the human body from digestion to the cardiovascular system. When people live continuously with high amounts of cortisol racing throughout the body chronic diseases like heart problems and hypertension can manifest. It is now believed that stress, along with genetics, is the greatest contributing factor to some of the most common chronic illnesses.

What is Primitive Sleep?

One way to combat increased levels of cortisol in our bodies is by sleeping. Some experts recommend 7-8 hours of continuous sleep per night. The problem with this suggestion is that the quantity of time we sleep is not as important as the quality. If we look back through history at the way our ancestors slept we see many differences. One of the most obvious being that they very rarely slept in long chunks of time. Humans that were a part of civilized areas during the 1800s usually had biphasic sleep habits. They would sleep in two chunks. Breaking up these periods of sleep would usually result in a higher quality of rest as well as longer periods of rest.

A recent study was conducted where 15 people were put into environments similar to our ancestors. They had limited light, no television, and no cell phones. What was found is that humans that don’t have these distractions revert back to our natural sleeping habits. The individuals that participated slept in multiple blocks and reported feeling more well-rested.

Union of Past and Present

One of the most appealing things about polyphasic sleep is the amount of time you gain by sleeping for shorter periods. So imagine combining the sleeping patterns of the past with the availability of information on the present. With the combination of the two, our productivity will skyrocket and our creativity will know no boundary. 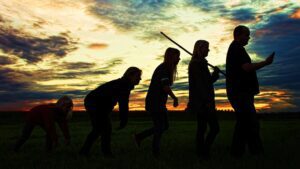 Evolution and Sleep: How Are They Related?

How human beings sleep has changed with time. Our bodies and brain have evolved to change how we sleep. 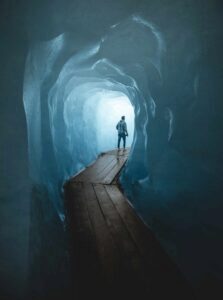 Changing Your Lifestyle for Quality Sleep. The quality of your sleep starts with healthy habits. A predictable schedule, calming activities, and a relaxed mind are all positive influences on your body’s ability to find sleep. If you feel that falling asleep is difficult for you, some of the following tips may be helpful. Remember, don’t […] 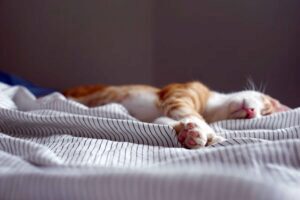