The Science Behind Polyphasic Sleep Explained

While experts recommend sleeping 7 to 9 hours every night, some people believe that you can function just as well—if not better—on far less shut-eye. This theory is known as polyphasic sleep.

Polyphasic sleepers break up their sleep into multiple shorter periods throughout the day or night rather than sleeping in one long stretch. Dozens of schedules and variations exist, but typically sleep is broken down into one core rest in the evening (between 3 to 5 hours) and anywhere from two to four 20- to 30-minute naps during the day.

Supporters of this sleep pattern claim it comes with lots of benefits, but there’s evidence that it can be more harmful than helpful. Here’s what you need to know about following a polyphasic sleep schedule.

The Science Behind Polyphasic Sleep

There is limited research on segmented sleep patterns, and what does exist largely points to the dangers of sleep deprivation from polyphasic sleep.

Let’s dive into the science—or lack thereof—behind polyphasic sleep and the most common claims made by its proponents.

It Does Give You More Time

Researchers can’t argue with this one: Sleeping fewer hours will give you more time in your day. But that doesn’t mean it’s time that you’ll be at your best.

A major downside of skimping on sleep is that it comes with a significant decrease in cognitive function. Both acute total sleep deprivation and chronic partial sleep restriction can impair your ability to focus, remember details, and make decisions. So while you may have more time to work or play, you’re likely to be less productive and efficient.

It Will Probably Hurt Your Productivity

One of the biggest claims made by polyphasic sleepers is that this sleep pattern increases productivity. Unfortunately, there’s no science to support this assertion.

Most evidence, in fact, points to the contrary. Sleeping fewer hours is linked to lower productivity, not higher. In one study of over 4,000 U.S. workers, participants who slept less were found to have “significantly worse productivity, performance, and safety outcomes.”

It May Worsen Your Memory

Sleep is essential for building long-term memories and learning new things. While you’re drifting off to dreamland, your brain is busy working to process and consolidate information, a process that’s key to retaining new data and experiences. Studies have found that when kids nap within an hour after learning new words, they’re better able to remember those words up to a week later.

But evidence suggests that sleeping for less than 30 minutes doesn’t give your brain enough time to enter deep sleep, which is essential for memory consolidation. A long, uninterrupted block of restorative rest is best to reap those benefits.

It May Increase Lucid Dreaming

Lucid dreaming is when you become aware that you’re dreaming while you’re still dreaming. It sounds like something straight out of a sci-fi movie, but it’s a real phenomenon that usually occurs during your last periods of REM (rapid eye movement) sleep.

Some polyphasic sleepers claim that this sleep pattern increases the frequency of lucid dreaming, and there’s some evidence to back this up. One study found that sleep fragmentation—or repeatedly waking up throughout the night—was associated with more frequent lucid dreaming. More research is needed to confirm this link, though.

It May Work in Some Situations

The only scientifically reported benefit of segmented sleep is in certain situations where people can’t afford to get a full night’s sleep. For example, many solo boating racers develop their own polyphasic sleep schedules to help them stay awake for long periods of time.

During periods of sleep deprivation, napping can help prevent sleepiness, but it’s not a long-term solution. Researchers and experts still maintain that the best way to protect your health and performance is to get a full night’s sleep on a regular basis.

Sleep deprivation is a term used to describe not getting enough sleep. Experts recommend that healthy adults get at least 7 hours of sleep every night. Most polyphasic schedules fall short by only allowing for about 2 to 6 hours of sleep per day.

Plenty of scientific evidence exists surrounding the mental and physical risks of getting too little sleep. Short-term effects of sleep deprivation include:

Consistently sleeping fewer than 7 hours per night can increase your risk of certain health conditions, including:

Sleep deprivation can also make you more prone to physical accidents due to errors in judgment.

While it may be tempting to squeeze as much time out of your day as possible by sleeping less, there isn’t much research to support following a polyphasic sleep schedule. In fact, it might even be detrimental to your health.

If you’re struggling to get enough sleep, talk to your doctor about ways to improve your sleep habits.

How Much Sleep Do I Need? (2017). https://www.cdc.gov/sleep/about_sleep/how_much_sleep.html

What Are Sleep Deprivation and Deficiency? (2022). ​​https://www.nhlbi.nih.gov/health/sleep-deprivation 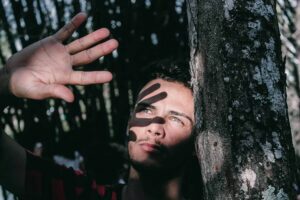 More energy, focus, and time each day—polyphasic sleeping, the practice of sleeping for just a few short intervals a day, promises both physical and mental benefits. Although most sleepers are monophasic (they sleep just once a day), many hyper-productive people throughout history, including Da Vinci, Einstein, and Benjamin Franklin, have followed their own unique polyphasic […] 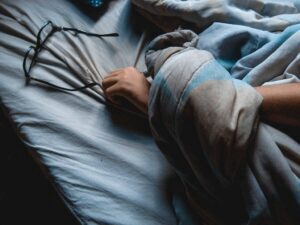 Adjusting to a polyphasic schedule is a major shock to your system so a lot of people have trouble adapting. 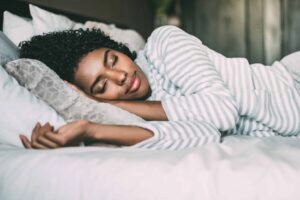 The Science Behind Polyphasic Sleep Explained