A bed looks most luxurious and inviting when it’s layered with bedding and pillows, and among the most important of these elements is the duvet cover. Duvet covers are a shopper favorite thanks to their versatility. They not only protect your duvet but offer endless design options for your bed. In this article, we’re sharing our favorite duvet covers on the market, explaining the difference between a duvet and a comforter, and guiding you with regard to what to consider when shopping for a duvet cover.

This duvet cover checks all the boxes. It’s made with 100% long-staple cotton, is Oeko-Tex certified for chemical safety, is a lightweight and breathable percale, and comes in 15 colors and patterns. Twin, Full/queen, and king sizes are available, and Brooklinen offers a 100% satisfaction guarantee. You can give your bed a whole new, hotel-like look and feel with this duvet cover from just $109.

Percale is known for its crisp, cool feel and works well in the spring or summer, or in warm climates. This cover is made from 100% American-grown Supima cotton in a 215 thread count percale weave for an airy, barely-there feel. It’s made with a hidden zipper closure and corner ties that keep your duvet in place. Tuft & Needle backs their products with a two-year limited warranty, and they offer a 100-night trial with free returns. This duvet comes in three simple colors and all sizes from twin to California king.

Linen is naturally light and airy, making it a popular duvet cover material for those who sleep hot or live in warm climates. Its feel, however, can be polarizing, as some find the texture too rough. This Primary Goods linen cover is an exception, made from 100% long-staple french linen that’s soft to the touch yet has all the cooling properties of linen. It’s made with 10 snaps on the long sides and four corner ties so that your duvet is sure to stay in place. This is a great option for those who love affordability, minimalistic design, and are set on linen. It comes in six colors and is available in standard and king sizes.

Sateen is breathable, like percale and linen, but it offers a sumptuously smooth feel and a slight sheen. This cover is made from long-staple Egyptian cotton, which is known for its quality, durability, and softness. Twill ties in all four corners ensure the duvet stays in place inside the cover, and the cover can be easily machine washed. All of Parachute’s products are made in a family-owned factory in Portugal and are Oeko-Tex certified. This duvet cover is available in four simple colors and twin/twin XL, full/queen, and king/cal king sizes.

This 300-thread count Duvet Cover Set offers modern luxury from fabric to finish. Made from 100% long-staple percale cotton, it’s designed to keep you cool and cozy year-round. A single-pick insertion weave, along with internal duvet ties, keeps your duvet crisp and wrinkle-free. Premium details like flange edges, hidden zippers, and contemporary styles give this duvet a clean, polished look. It comes in a queen and king size and 4 neutral colors that are sure to match any room.

This 55% linen, 45% cotton set is our recommendation for an affordable duvet cover. It’s woven from natural fibers, comes in twin, full/queen, and king sizes, and your order will include two matching pillow shams. The earthy, neutral colors are complemented by coconut-shell button closures and the combination of linen and cotton pairs durability with softness and comfort. One reviewer wrote, “As soon as my hand touched this duvet cover, I knew I had made the right choice.”

Those who love a floral print will fall hard for this Mirabelle duvet cover, available on Wayfair.com. It has a muted, vintage pink design inspired by Italian fabric that looks almost drawn on—in a good way. It’s made with 100% cotton, is machine washable, has corner ties, and is reversible. With over 100 reviews and an average rating of 4.5 stars, this is an affordable, sophisticated option for those who like floral decor in their bedroom.

A duvet is a soft quilt that’s filled with down, feathers, or synthetic fiber. Duvets and duvet covers originated in Europe and were made with down feathers because of their usefulness as a thermal insulator. Technically, a duvet is a large bag that’s sewn from cloth and then filled. It’s always used as the top layer of bedding to keep sleepers warm throughout the night. Most duvet covers are white, so that they don’t show through the duvet cover.

A duvet is always placed inside a duvet cover, which protects the duvet from spills, stains, dirt, and oil. A duvet is often difficult to clean because of the nature of the material it’s filled with, but a duvet cover can be easily removed and washed, much like a pillowcase. Covers are available in a wide variety of colors, designs, materials, and weaves, creating numerous options for the aesthetic of your bedroom decor and the feel of your bedding. They can be constructed with a variety of closures, like inner fasteners and zippers, and some customers will have a preference for the look or convenience of certain closure types.

We tend to use “duvet” and “comforter” interchangeably, but these are distinct types of bedding that have slight, yet important, differences. A duvet is intended to be used with a duvet cover, while a comforter is designed with a built-in cover. The word “duvet” translates literally to “down comforter” in French, as all duvets were originally stuffed with down from ducks and geese. Modern-day duvets can be stuffed with down, alternative feathers, or synthetic fibers.

Much like a pillow is intended to be used with a pillowcase to protect it from damage and oil, a duvet is designed to be used with a protective covering known as a duvet cover. While a comforter shares a similar construction to that of a duvet, they’re typically made with less stuffing and with a built-in cover.

Comforters and duvets also vary in price, cleaning method, warmth, loft, and ease of use. For example, putting a duvet cover on a duvet can be challenging for some shoppers, which may make them gravitate toward the simplicity of a comforter. On the other hand, those who enjoy changing their bedroom decor frequently will enjoy the versatility a duvet and accompanying duvet covers can offer.

What to Consider When Buying a Duvet Cover

If you’re in the market for a duvet cover or have made the common mistake of confusing them with comforters, this guide will help you understand what to consider when shopping so that you can make your selection with confidence.

Duvet covers vary dramatically in price, just like sheets, pillowcases, and mattresses. The quality of the material used and the brand are the two factors that impact the price the most. For example, 100% Egyptian cotton duvet covers will likely cost more than a blended cotton cover. Many companies now offer a sleep trial period or free returns within a period of time if you aren’t satisfied with your purchase. Take a look at the return policy and warranty prior to purchasing, and remember that a higher price doesn’t always mean a superior product.

If you’re in the market for a duvet cover because they’re easier to manage and clean than a comforter, you’re in the majority. You’ll want to make sure the duvet cover you choose won’t cause additional headaches, however. Check the washing instructions prior to purchase to make sure the requirements fit your preferences. For example, if you’re not up for dry cleaning your duvet cover, avoid fabrics that require that. Satin and linen will require more careful washing, generally, while cotton and polyester are low-maintenance.

Duvet covers are available in cotton, linen, flannel, polyester, blends, and more, and there are subcategories within those types that also vary in price. Whatever your preference for material, there’s probably a duvet cover on the market out there for you. Cotton is the most popular material for duvet covers thanks to its softness and the fact that it’s easy to clean. When deciding on material, you’ll want to keep a few things in mind: price preference, breathability, weave, thread count, wear, and ease of cleaning.

Style, in the case of duvet covers, refers not only to the color or pattern of the fabric but also to the design of its closures and ties. The latter are functional, keeping the duvet inside the cover and minimizing bunching. You’ll be able to decide between buttons, clasps, and zipper closure, which are up to preference. You’ll also have endless options with regard to exterior design, from solid colors to stripes, florals, and other patterns. Look for a duvet cover that will fit well with your existing bedroom decor or, if you’re starting from scratch, hat you feel confident basing the rest of the bedroom’s color scheme around. Remember that, if you get tired of how the duvet cover looks, it’s easy to take it off and try something new.

How to Put On a Duvet Cover

Don’t be intimidated by this extra-large, pillowcase-like piece of fabric. You can easily tame a duvet cover. Here’s how:

If you’re looking to get creative with your bedding and like the idea of having a lot of options to choose from, a duvet cover is a smart way to go. Protect your duvet from the likes of dirt, dust, and oil, and, meanwhile, find a style that complements your current taste and preferred aesthetic.

Learn how linen is made, its benefits, the best linen sheets on the market, and how to care for linen bed sheets. 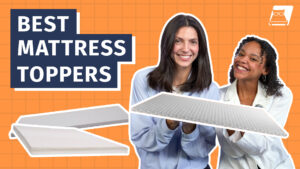 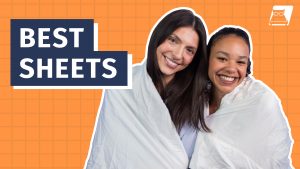 The ultimate guide to the best sheets!