There is no love lost between diabetes and sleep. The two are closely connected and not in a good way. The physiological and physical effects of diabetes can cause pain, discomfort, and even some sleep disorders, making getting a good night’s sleep a nightmare.

“Diabetes is characterized by high blood sugar,” says Dr. Amber Rayne, leading to symptoms of insomnia as well as frequent awakening to urinate. “This often causes exhaustion, which makes it difficult for the person to be productive during the day.”

On the flip side, getting plenty of sleep can make it easier to manage diabetes, lessen bothersome symptoms, and make good sleep more achievable. The first step in improving sleep for diabetics begins with understanding the different types of diabetes and just how they affect sleep.

How Does Diabetes Affect Sleep?

Diabetes occurs when the body loses its sensitivity or becomes resistant to insulin, a hormone released by the pancreas that helps regulate blood glucose (also called blood sugar) levels.

When we sleep, our blood-glucose levels rise, a condition known as the dawn phenomenon. Our bodies respond by releasing insulin to bring those levels back down to a normal range. Poor sleep interferes with this process. Over time, the body can become less sensitive to insulin. When this occurs, the cells in the body are unable to convert consumed food into energy, which causes an increase in hunger. Constant hunger can lead to overeating, obesity, and, ultimately, diabetes.

Numerous studies also show this process can worsen the disease for both type 1 and type 2 diabetes.

Further complicating the issue is that many symptoms associated with low or high blood sugar, can fracture sleep, awakening you at night or making it difficult to fall asleep and stay asleep.

The two most common types of diabetes are referred to as type 1 and type 2, with type 2 being by far the most common form. About 90-95% of all cases of diabetes are type 2. This occurs when the body doesn’t produce enough insulin or is resistant to it. Weight gain, obesity, and inactive lifestyle account for the vast majority of all diabetes cases in the United States, however the disease can be genetic for some.

Type 2 diabetes is sometimes called adult-onset diabetes because it is usually diagnosed in adults. However, this type of diabetes is becoming more common among young adults, teenagers, and even children, in step with the rising issue of childhood obesity.

Several studies have linked poor sleep with weight gain and type 2 diabetes. One reason is because insulin resistance stimulates hunger and can lead to overeating. One study involving about 4,000 participants found that people who got less than 6 hours of sleep were twice as likely to be less sensitive to insulin or be diagnosed with diabetes.

Type 1 diabetes is far more rare  than type 2 diabetes, making up about 5-10% of all cases. It occurs when the pancreas produces too little or not enough insulin. It’s often referred to as juvenile diabetes because it typically presents in children and adolescents. However, type 1 diabetes can happen at any age.

Unlike type 2 diabetes, which usually comes on slowly due to weight gain, obesity, and inactive lifestyle, researchers believe that type 1 diabetes is caused by genes and environmental factors such as viruses. Regardless, it still impacts sleep.

Research published in the journal Sleep Medicine investigating the association between sleep and type 1 diabetes found that adults with type 1 diabetes reported poorer quality sleep than adults without the chronic disease, and those who slept fewer than 6 hours at night also had poorer glycemic control.

Type 1 diabetes, or juvenile diabetes, is one of the most commonly diagnosed medical conditions among school-aged children with about 2-3 being diagnosed per every 1,000 children each year. It differs from type 2 diabetes in that it is usually diagnosed in children or adolescents and comes on suddenly. In most cases, the first sign is bedwetting at night when the child didn’t previously wet the bed at night.

Sometimes juvenile diabetes can cause other symptoms. “Before I was diagnosed at age 12, I would wake up every morning around 4 a.m. with what felt like a Charley horse throughout my whole body. I couldn’t move or yell for my parents but I told them about it and they figured I was having nightmares,” says Julia McDonald. “After getting diagnosed, I found it was because my body was low in nutrition.”

Juvenile diabetes can also interfere with good sleep. That same Sleep Medicine study also found that children with type 1 diabetes slept for fewer hours during the night than children without the disease, often due to behavioral insomnia and bedtime resistance.

When children’s sleep suffers, so does that of their parents. A study published in the journal Child Health Care evaluating sleep characteristics among young children with type 1 diabetes found that parents of type 1 diabetic children with insufficient sleep experienced greater stress, anxiety, and depression.

Obstructive sleep apnea, also referred to as simply sleep apnea, is a sleep disorder that occurs when breathing is briefly and repeatedly interrupted during sleep. This happens when the tissues in the mouth fall back into the throat and block the airway. The sleeper is then forced awake to gasp for air. However, not all people wake when these episodes occur but they may still experience excessive daytime sleepiness from not getting enough deep sleep. In extreme cases, sleep apnea can cause low blood oxygen levels which can contribute to high blood pressure and heart disease, as well as mood and memory problems.

An analysis published in the European Respiratory Journal involving several studies shows that sleep apnea impairs insulin sensitivity and glucose tolerance. Likewise, drops in oxygen saturation during the night can cause insulin resistance.

Restless Leg Syndrome, or RLS, is a sleep disorder characterized by an unpleasant sensation in the legs that gives those experiencing it an irresistible urge to move their legs. The feeling can be described as an itching, crawling, pulling, aching, throbbing, or pins-and-needles sensation. Restless leg symptoms usually occur at night and worsens at bedt ime, disrupting sleep. The best way to relieve symptoms is to give into the urge to move the legs and walk around. Diabetes is a main risk factor for RLS.

In 2007, the journal Sleep Medicine published the first controlled study confirming the link between RLS and type 2 diabetes, finding that nearly 63% of diabetics have experienced symptoms of RLS compared to only 40% among those not diagnosed with diabetes.

In 2014, a follow-up study in Sleep Disorders further confirmed this link and found that one reason diabetics were at greater risk for RLS is likely due to polyneuropathy or peripheral neuropathy, sometimes called diabetic neuropathy, a type of nerve damage associated with uncontrolled high blood sugar. People with peripheral neuropathy experience symptoms such as numbness or tingling, usually in the feet and legs.

Diabetes is also a common cause of nocturia, an urgency or frequency to get up and urinate at night. This is particularly true for young children with the onset of type 1 diabetes. But it is also common among people with type 2 diabetes.

Uncontrolled diabetes causes spikes in blood sugar and an increase in the production of urine. Diabetics with peripheral neuropathy may also experience overactive bladder and increased bladder sensation leading to nocturia.

“Diabetes can cause constant urination, which affects your sleep quality because you will need to wake up and relieve yourself frequently,” says Dr. Tabatha Cranie, a medical doctor in St. Petersburg, Florida.

Tips For Sleeping Better With Diabetes

Diabetes may make getting a good night’s sleep difficult, but it’s not impossible. Here are some tips for getting better sleep with diabetes:

Tips for Parents With Children With Diabetes

Suffice it to say, when children sleep better, their parents do as well. Here are some tips for parents to help their children get a better night’s sleep.

Diabetes is a metabolic disease that can interfere with sleep both physiologically and physically. And the hard truth is that insufficient sleep contributes to type 2 diabetes and can actually make diabetes worse for those who already have it. But with a few lifestyle changes, you can better manage your diabetes and that of your child — and find restful sleep again. 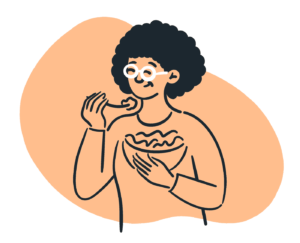 Sleep and Nutrition: How Food Affects Your Sleep 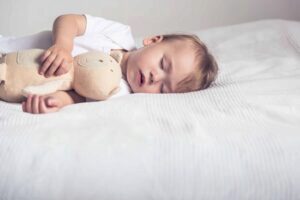 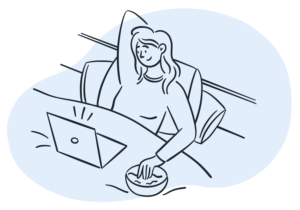 Blue light is everywhere. Learn more about what blue light is and how it impacts your sleep.