The majority of teenagers are sleep deprived. Understand why sleep is important for high school students and how to get a better night's rest.

Sleep is essential during all of life’s seasons for optimal health and wellbeing. Without it, we are at greater risk for heart disease, type 2 diabetes, dementia, anxiety, and depression, to name a few. It’s hard enough for adults to function properly when they don’t get enough sleep. But teenagers have the added stress of hormone surges and mood swings, not to mention the pressure of keeping their grades up for college consideration, maintaining a social life, and after school sports and activities.

Unfortunately, teenagers are not getting enough sleep. According to the Centers for Disease Control and Prevention (CDC), more than two-thirds of high school-aged teenagers and adolescents are falling short of the recommended 8 to 10 hours of sleep at night and roughly 20 percent are sleeping fewer than 6 hours at night. And this can have detrimental effects on students, says Alex Savy, a certified sleep science coach and founder of Sleeping Ocean. “In fact, studies show that sleep deprivation is a modern-day epidemic among teenagers.”

Why sleep is important for high school students

When we sleep, our bodies get busy. Our brains sort through and process all the memories collected during the day. Hormones flood the body to repair muscles, organs, and tissues. The sympathetic nervous system chills out and de-stresses. And the immune system releases proteins to help the body fight infection. After a good night’s sleep, we wake feeling refreshed and renewed.

But when sleep is interrupted, so are the important processes that occur when we sleep. In time, insufficient sleep can take a toll on the body and mind.

“Not getting enough sleep, or drastic changes in the sleep schedule, can throw off the body’s circadian rhythm and can lead to an array of difficulties beyond just tiredness in the morning,” says Dr. Kent Smith, a renowned sleep expert with more than 20 years’ experience in sleep medicine. He’s also the president of the American Sleep & Breathing Academy. Among them are an inability to concentrate, poor grades, anxiety, depression, and suicidality. “They are likely to become withdrawn and anxious, even noncompliant at times,” he adds.

Sleep deprivation also increases the risk of drowsy-driving incidents. Driving while sleepy slows down reaction time, reduces road attention, and adversely affects a person’s ability to make good driving decisions, which puts them at risk for serious injuries and death. According to the American Academy of Sleep Medicine (AASM), driving after being awake for 24 hours is comparable to driving with a blood-alcohol level of 0.10, higher than the legal intoxication limit of 0.08.

Dealing with the effects of a sleep deficit can take a toll on school performance as well. When kids are sleep deprived, they space out. Their brains actually lapse into sleep-like brainwave patterns and they become more distracted, make carless errors, and have difficulty focusing on assignments and tests.

Athletic performance also wanes. A recent American College Health Association survey found that most student athletes reported not getting enough sleep at least four nights a week. An NCAA study confirmed that report finding one-third of student athletes got fewer than seven hours of sleep each night. Other studies show that improving sleep boosts athletic performance. For teens looking to score athletic scholarships to college, not prioritizing sleep could limit their options.

Unfortunately, sleep deprivation can become a vicious cycle. When someone is sleep deprived, the brain becomes stimulated, which makes it difficult to fall asleep. But it’s a cycle that, with better understanding, can be broken.

“To help a teenager sleep better, it’s crucial to find the leading cause of their sleep issues,” Savy says. However, teens face numerous potential obstacles when it comes to sleep, such as:

Hormonal time shifts. After puberty, the body’s internal clock shifts about two hours. Kids who used to fall asleep at 9 p.m. may not even feel sleepy until closer to 11 p.m. Yet, they are getting up at the same time each morning for school, translating to about two hours less sleep each night.

Hectic schedules. Teens often have a lot to juggle — homework, social engagements, sports, or part-time jobs. “Some common reasons for sleep deprivation amongst teenagers is related to their environment and lifestyle. Many are up late at night to finish homework or study for an exam, working increased part-time hours, trying to sleep amongst noise from others in their home, and adapting to changes in their daytime routines,” Dr. Smith says.

Early high school start times. Some school districts have started scheduling classes as early as 7 a.m., to accommodate students’ already full academic and social schedules. This means some teenagers have to get up as early as 5 a.m. to get ready and drive to school. If they don’t adjust their bedtime to ensure a full 8 to 10 hours of sleep, they could experience a sleep deficit.

Not enough daylight. Light exposure is another common reason behind sleep deprivation in both teens and adults. “Our bodies are wired to respond to the environmental light changes, as our ancestors used to get up at sunrise and go to sleep when it was dark,” Savy says. “With artificial light in the evening, our natural circadian rhythms shift.”

Electronics too close to bedtime. “One of the most common reasons behind insomnia in school children is device use before sleep,” Savy says. “Modern screens emit blue light, which our brain perceives as daylight. As a result, it suppresses the production of melatonin, a sleep-inducing hormone, making it harder for kids to fall asleep.”

Caffeinated sodas or energy drinks too close to bedtime. According to the American Academy of Pediatrics(AAP), caffeine and other stimulant substances contained in energy drinks can cause dehydration, heart complications, anxiety, and insomnia and thus “have no place in the diet of children and adolescents.” Despite this warning, between 30 to 50 percent of adolescents report consuming energy drinks regularly.

How much sleep do teens need

The American Academy of Sleep Medicine (AASM) recommends that high school students between the ages of 13 to 18 years of age get at least 8 to 10 hours of sleep per 24 hours. Some medical doctors, such as Johns Hopkins pediatrician Dr. Michael Crocetti, recommend the upper end of that range — 9 to 9.5, to be exact. “Teenagers are going through a second developmental stage of cognitive maturation,” he says. The extra sleep supports their developing brain and growth spurts and helps them perform better in school.

Unfortunately, more than 70 percent of high school students in grades 9 through 12 say they don’t even get 8 hours of sleep at night, the CDC reports. This revelation has put public health officials on alert.

“Our nation’s future is literally dependent upon the physical, mental, and educational excellence of our high school students,” said Dr. Timothy I. Morgenthaler, past president of AASM and professor of medicine at Mayo Clinic in Rochester, Minnesota. “The most recent national surveys show that less than one third of high school students get enough sleep as recommended by the leading national authorities. This is of concern since inadequate sleep has been linked to worsened mental health, decreased ability to learn, increased obesity rates, increased motor vehicle accidents, and even increased substance abuse.”

How can high school students get better sleep?

This modern-day epidemic of sleep deprivation among high school students demonstrates the importance of prioritizing sleep hygiene for teens. Here are some tips for helping your teenager get better sleep:

Maintain a regular schedule. Encourage your child to establish a regular sleep and wake up time — even on weekends — to help regulate the internal clock. Be sure bedtime and wake times allow for at least 8 to 10 hours of sleep in between.

Avoid oversleeping on weekends. Even if your child burns the midnight oil on a Friday or Saturday night, try not to let them sleep in too far past their usual wakeup time. Otherwise, it’ll be harder to get back on schedule when school starts back.

Discourage screens before bed. Encourage your teen to put down the video game controllers, smartphones, tablets, and TV remotes at least 30 minutes before bed. Reading or listening to music are better alternatives to help relax, Dr. Smith recommends. Make sure check out the effects of blue light on sleep.

Avoid caffeine. Caffeine, found in sodas and energy drinks, is a stimulant. Too much, especially late in the day can cause problems sleeping and concentrating, and may also cause other side effects such as jitteriness or upset stomach.

Get outside & stay active. “Physical activity provides an immediate mood boost by releasing endorphins, which reduce anxiety and make us feel happy. Plus, we sleep better after moving our bodies and soaking up some vitamin D,” Dr. Smith says. However, be sure not to exercise too close to bedtime as aerobic exercise can stimulate the brain, making it difficult to relax and fall asleep.

Consult with a doctor. If your teenager snores, continues to have difficulty falling asleep, or is excessively sleepy during the day, talk to their doctor to rule out any medical or emotional issues or sleep disorders.

Sleep deficiencies among teenagers have reached epidemic proportions, and the effects can be devastating. High school students are already dealing with hormone surges and mood swings. The added burden of inadequate sleep can lead to health problems, anxiety, and depression. It also impairs cognition and can adversely impact school and athletic performance.

“Sleep is important for everybody, but especially kids in high school,” says Gregg Dean, CEO and co-founder of Layla Sleep. “If children are not getting enough hours of sleep it is possible that they could develop long-term effects.”

The good news is that by prioritizing sleep hygiene for teens, your high schooler can get a good night’s rest and be better prepared to tackle the day ahead.

Good sleep is a key part of managing epilepsy. We created a guide to help you improve your sleep hygiene for a better night's rest. 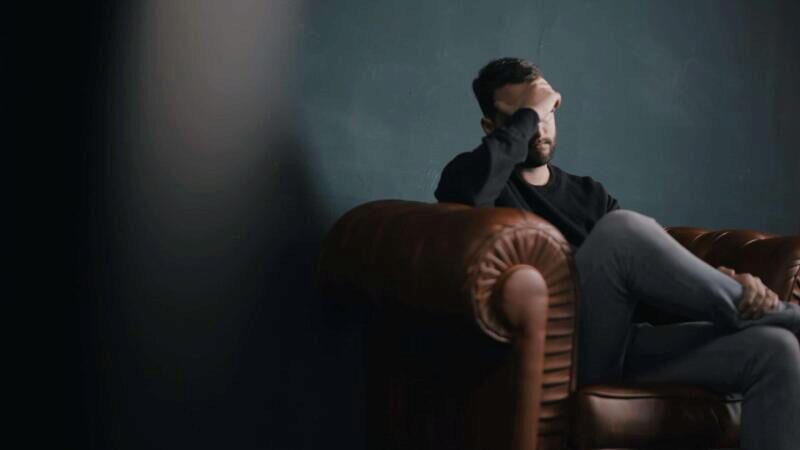 Sleep and depression have a complicated relationship. Understand how depression can keep you up at night and what to do about it.