If these creepy crawlers end up in your home, you'll want to get rid of them as fast as you can. Read on to find out which home remedies work, and which ones might be a waste of your time. 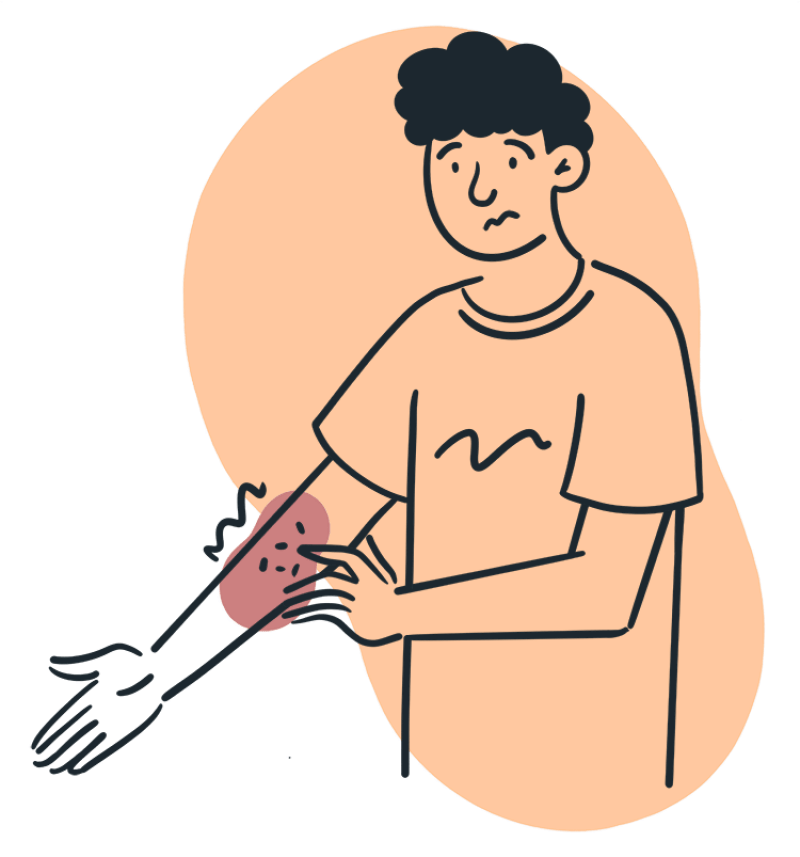 If you’ve ever dealt with bed bugs, you know how truly pesky they can be. Bed bugs don’t discriminate. They’re not just found in filthy environments. They’ve been discovered lurking in some of the finest hotels and homes. These unwanted house guests take up residence anywhere there are sources of food—people and pets. And when they move in, it’s hard to get them out.

Nearly 97% of pest professionals have treated bed bugs in the past year, according to the 2018 Bugs Without Borders Survey conducted by the National Pest Management Association. And according to the professionals, the prevalence of these pests is increasing. More than half of pest control professionals say they receive the most complaints of bed bugs during the summer when most people are vacationing and students are returning home from college.

Bed bugs are tiny, blood-sucking insects. Mature bed bugs have flat, oval, brownish bodies. But after they feed, their bodies swell and their color turns reddish. They don’t fly, but they can move quickly across floors, walls, ceilings, furniture, and mattresses.

Bed bugs become most active at night and feast on humans and animals while they’re sleeping. These tiny creatures latch onto skin through an elongated beak, like a straw, that sucks the blood of its prey from three to 10 minutes before becoming engorged and crawling away. The bites are painless when they occur and don’t usually wake people. But over the next few hours, they turn into itchy welts.

Bed bug bites usually occur on the ankles, arms, or shoulders and often in straight rows on the skin. They often go away without treatment or with over-the-counter antiseptic lotions or antibiotic creams. Corticosteroid creams and oral antihistamines can help with the unbearable itching.

The good news is that bed bugs are not thought to carry diseases like other pests such as ticks or fleas. But they can be extremely difficult to treat. However, it’s not impossible. The first step is to identify whether you have a bed bug problem in the first place.

Bed bugs are often mistaken for other pests, like fleas, ticks, baby cockroaches, mites, and even headlice. The secret to ridding yourself of any pest problem is to know what kind of bug you’re dealing with. 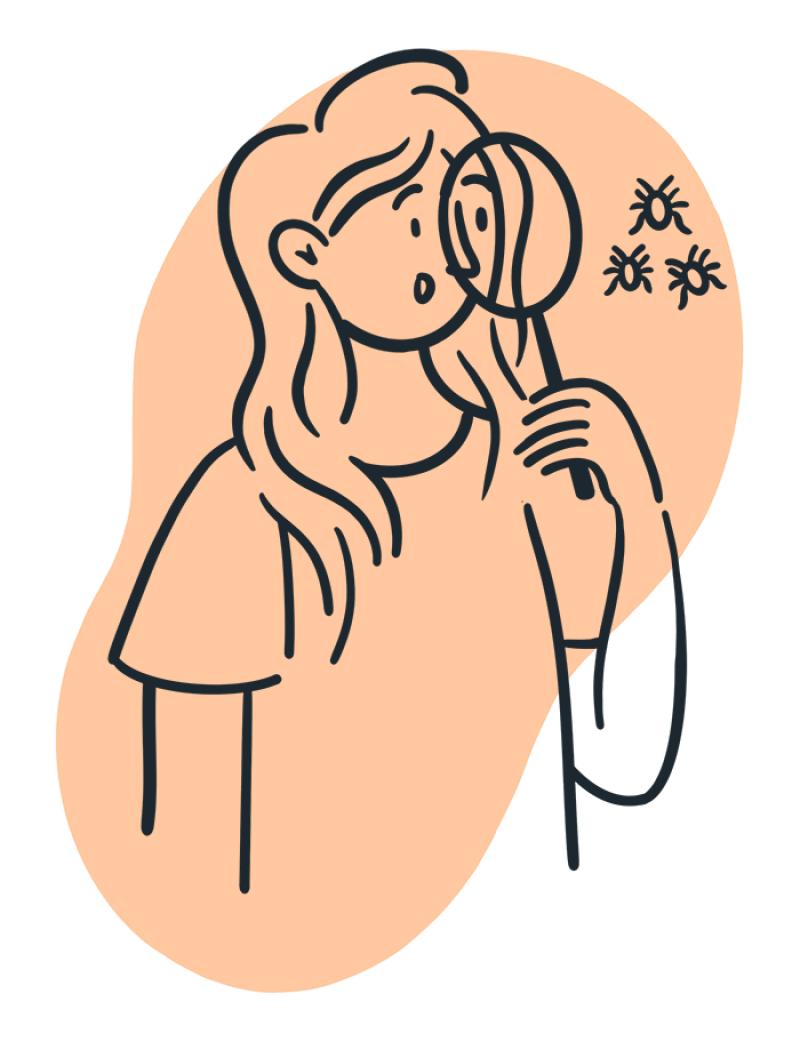 Bed bugs are often mistaken for other pests, like fleas, ticks, baby cockroaches, mites, and even headlice. The secret to ridding yourself of any pest problem is to know what kind of bug you’re dealing with.

What to Look For

Shedded Skins: Bed bugs molt and shed their skin before each new life stage—up to five times before they reach maturity. You can find these shedded skins lying around areas of infestation such as in mattress creases.

Fecal matter: This is really gross, but bed bugs leave fecal deposits after they consume a blood meal. They look like tiny black specks of dust and can easily be seen on bed linens, mattress covers, and mattresses.

Eggs: Bed bug eggs are very tiny but you can still see the small, narrow whitish-to-translucent eggs if you look closely enough in places such as inside your mattress’s creases and crevasses.

Odor: In a building with a heavy bed bug infestation, there is often a telltale odor. “Although bed bug dogs can detect a small number of them, a heavy infestation leaves an odor comparable to coriander,” says Dr. Nancy Troyanom, a board certified entomologist for Elhlich Pest Control.

Blood: Bed bugs are bloodsuckers. That means little droplets of blood may escape from your skin during or after a bed bug feeding. So, you may find smears of blood or spots of blood on your mattress, couch or chairs. 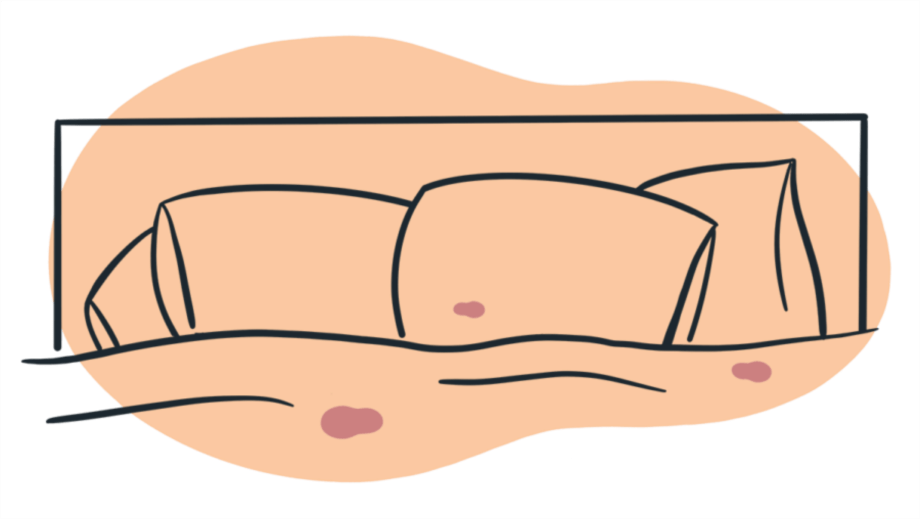 Live Bed Bugs: Bed bugs are tiny, blood-sucking insects about the size of an apple seed. Mature bed bugs have flat, oval, brownish bodies. But after they feed, their bodies swell and their color turns reddish. Nymphs are white in color but darken as they reach maturity.

“Bed bugs earned their name for their fondness for infesting beds,” Dr. Troyano says. “The small, brownish insects prefer to hide in close proximity to their hosts so they can sneak out at night and draw a blood meal without being noticed.”

Look for bugs in their usual hiding spaces:

But that’s not the only place they roam, adds Jacob Lander, owner and founder of Bug Zapper Pest Control. “While sleeping locations are definitely hotspots, I’ve found and treated bed bugs in call centers, office buildings, community centers and other locations where people don’t even sleep but simply spend long periods of time sitting in a chair.” 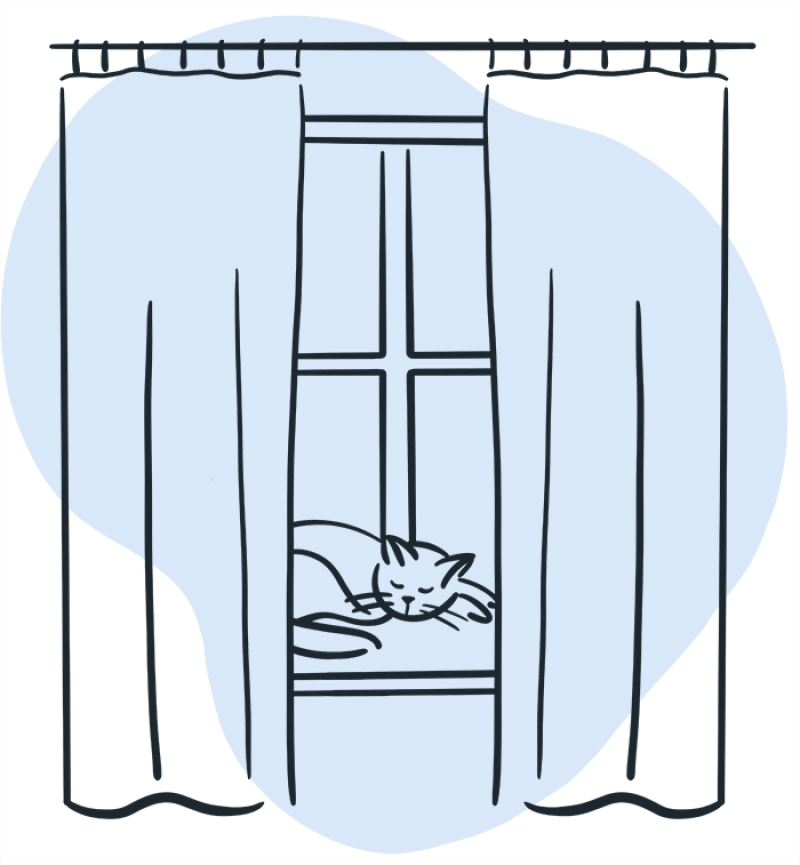 Other places to check include:

Three Steps to Getting Rid of Bed Bugs

Getting rid of bed bugs is a process. The amount of time it takes to rid yourself of bed bugs depends on the severity of your infestation and the thoroughness of your treatment. Here are the four steps to get rid of bed bugs for good.

Beds are typically ground zero for bed bugs. Mattresses, box springs, headboards, and bed frames hold plenty of cracks and crevasses where the pests can hide out as they wait for a host to snuggle in bed so they can feast. When fighting a bed bug infestation, the first thing to do is tackle your bed:

Step Two: Keep Bed Bugs From Getting to Your Bed

Bed bugs are adventurous little creatures and will make every effort to get to a source of food (blood). “Bed bugs can move pretty quickly with adults crawling up to five feet in one minute,” Dr. Troyano cautions. But they can’t jump or fly. So, isolate your bed to prevent bed bugs from accessing it.

Step Three: Tackle the Rest of the Room

Bed bugs can actually hang out in other places throughout your bedroom, so you’ll want to treat other potential hiding spots in the rest of the bedroom.

The spaces you treated will need retreating in about two weeks later and then two weeks after that for a total of three treatments. This will ensure that all the bed bugs from your infestation have been killed. The next steps are preventing bed bugs from getting back into your house.

Dealing with a bed bug infestation is a nightmare. It is possible to get rid of the pests on your own, but it takes a lot of time, methodical work, and patience.

If ridding your home of bed bugs seems too daunting a task to do on your own, you can call a professional exterminator. However, this can cost about $300 or more per room and upwards of $1,500 or more for an entire house depending on the level of infestation.

Some companies offer a far less expensive alternative—DIY bed bug extermination kits which include items such as spray and powder insecticides, mattress and box spring encasements, furniture leg interceptors, and heated bed bug units. But be aware that you must be extremely thorough in your treatment or else the bed bugs may return.

If you suspect you have a bed bug problem, the first thing to do is act quickly. Delaying treatment will only make the infestation worse. Fast and effective treatment will stop bed bugs bites so you can sleep tight.

The Leesa Original Hybrid mattress is the hybrid version of the Leesa Original foam mattress. Instead of base foam, sleepers are supported by breathable, resilient springs. Learn more in our full review!

A guide to the best luxury sheets for sleepers seeking a sumptuous sleep expereince.

The Luna weighted blanket is a crowd-pleasing, budget-friendly blanket. See if it will work for you in this review.

A Guide to sleeping better with scoliosis and post-surgery tips

A Guide to sleeping better with scoliosis and post-surgery tips

The GhostBed weighted blanket is a high-quality blanket with cooling materials made for hot sleepers, partners looking to share, and those interested in deep touch pressure therapy. See if this blanket will help you achieve your best night’s sleep by reading our in-depth review.

A guide to the best luxury sheets for sleepers seeking a sumptuous sleep expereince.

Using a weighted blanket at night is a great way to alleviate anxiety and improve your sleep. Learn more about the Layla Weighted Blanket here to see if it’s the right therapeutic blanket for you.