A Complete Guide to Narcolepsy

Read on to learn about the symptoms, causes and tips for managing this sleep disorder.

Narcoleptics have gotten a bad rap, often getting accused of being lazy. If you’ve seen movies like My Own Private Idaho, Deuce Bigalow: Male Gigolo, or, most recently, Ode to Joy, you may also assume someone with the condition suddenly collapses during normal activity into peaceful sleep. In reality, narcolepsy is a much more complex and life-disrupting condition than most people realize.

Narcolepsy is a largely misunderstood chronic sleep disorder. People with the condition experience overwhelming daytime drowsiness and sudden attacks of sleep. It affects about 1 in 2,000 people, but because the disorder often goes unrecognized or misdiagnosed, it’s likely the incidence is much higher, according to the National Organization for Rare Disorders.

Depending on its severity, narcolepsy can be debilitating, impacting daily activities and even affecting your sleep. There is no cure for narcolepsy, but there are strategies that can help you manage your condition.

Narcolepsy affects a person’s sleep-wake cycle. Those with the condition may awaken frequently at night. And while they may wake in the morning feeling rested, they can become excessively sleepy as the day progresses. When these sleep attacks occur, they may suddenly drop off to sleep during daily activities, like walking, talking or even driving. Their bodies go limp, they become paralyzed, and they can experience vivid dreams or hallucinations.

There are three types of narcolepsy:

Narcolepsy is a lifelong problem, and there is no cure. But the promising news is that symptoms rarely worsen as one gets older and in some cases symptoms can improve over time.

Narcolepsy is associated with the following symptoms, according to the National Institute of Neurological Disorders and Stroke:

It’s not fully understood what causes narcolepsy, but research suggests there could be several factors at play.

Narcolepsy is a chronic neurological disorder that can greatly affect daily activities. If left undiagnosed or untreated, it can have an adverse impact on all areas of your life. It can even interfere with your sleep. While there is no cure for narcolepsy, symptoms can be managed, sleep improved and quality of life restored with interventions such as medications, improved sleep hygiene and lifestyle changes.

While there is no cure for narcolepsy, some medications can help ease symptoms of excessive daytime sleepiness and cataplexy:

Keep a sleep diary. Journaling about your sleep can help you and your doctor identify issues that may be interfering with your sleep or worsening your daytime narcolepsy symptoms. Information to record in a sleep diary includes:

Take short, regularly scheduled naps throughout the day. When you feel overly sleepy during the day, settling down for a short nap may help you feel more alert when awake.

Implement a nighttime routine that works for you. Plan a routine about 30 minutes before bedtime to help prepare your body and mind for sleep. Take a warm bath or shower, read or listen to music, or practice meditation or relaxation exercises.

Avoid blue light close to bedtime. Smartphones, laptops, televisions, tablets — they all emit blue light, which elevates mood and cognitive function. It’s great during the day when you want to focus. But it can make falling asleep at bedtime difficult.

Avoid alcohol before bedtime. A glass of wine or two may be nice before bedtime. After all, alcohol is a sedative and can help you fall asleep quickly. But it can also interfere with restorative REM sleep and leave you wide awake in the wee hours.

Avoid nicotine and caffeine close to bedtime. You may want to reconsider that soda or cigarette before bedtime. Both caffeine and nicotine are stimulants and can keep you up at night when you’re trying to fall asleep.

Exercise daily. At least 20 minutes of exercise each day can do wonders for your sleep. But be sure to do it a few hours before bedtime so it doesn’t hinder your sleep. Exercise releases endorphin, the “feel good” hormone, which peps you up instead of settling you down.

Experiment with foods that make you feel more or less alert. What you eat can actually affect your sleep and wakefulness. Experiment with different foods, and record them in your sleep journal to see how they might affect your sleep. For example, foods that promote alertness include electrolyte-packed bananas, vitamin-charged spinach, and omega-3-loaded fish. Foods that encourage sleep include protein-rich nuts and complex carbohydrates like breads, cereals and pasta.

Where is Narcolepsy Research Today?

There have been great strides in narcolepsy research in recent decades. Scientists better understand the condition and have identified genes likely to be associated with the condition. For example, researchers have found that a loss of hypocretin-producing neurons in the hypothalamus is the primary cause of Type 1 narcolepsy. These cells help stabilize sleep and wake states. Without them, spontaneous changes can occur with wakefulness, REM sleep and non-REM sleep. But why these hypocretin neurons die remains a mystery.

Emerging research funded in part by the National Institutes of Health (NIH) suggests immune system abnormalities may be to blame, in particular, the immune-system-regulating gene called the human leukocyte antigen, or HLA. Some people with narcolepsy have variations in certain genes that increase their chance of developing narcolepsy, particularly Type 1 narcolepsy with cataplexy. But, these gene variations are common in much of the population but only a few with this gene variation go on to experience symptoms of narcolepsy. Why? Researchers believe other genetic or environmental factors may play a role.

Some researchers also think that narcolepsy could be an immune response to a recent bacterial infection such as strep throat or even the H1N1 “swine flu” epidemic of 2009.

To better understand the causes of the condition, research on narcolepsy is focused on three specific areas — genetics and biochemicals, the immune system, and sleep biology, such as investigating how the brain’s circuits function in the body and contribute to sleep disorders like narcolepsy.

Narcolepsy is a chronic sleep disorder that affects about 135,000 to 200,000 people in the United States, according to the National Institute of Neurological Disorders and Stroke. But the number is likely higher, as the condition often goes unreported and undiagnosed. It can be a debilitating condition that can affect all aspects of life, inhibiting your academic, work and social activities, and disrupting your sleep. But it is possible to manage narcolepsy symptoms with medication, sleep hygiene improvements and lifestyle changes, and live a full life with your sleep disorder.

Dr. Alaina Rajagopal, MD, PhD Dr. Rajagopal is an ER physician with a PhD in public health, virology, and space science. She regularly treat patients in the ER for problems with sleep. She also hosts a podcast called “The Emergency Docs” where she provides reliable medical content for the general public. 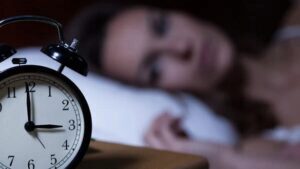 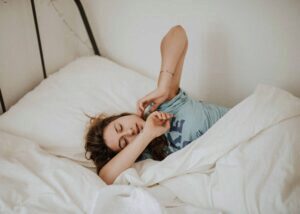 There’s nothing worse than not being able to sleep. You toss and turn, counting the minutes as they go by, and the harder you try to fall asleep, the more awake you feel. For many people, natural sleep aids can help. If you’ve never taken a natural sleep aid before, you might be hesitant. Are […] 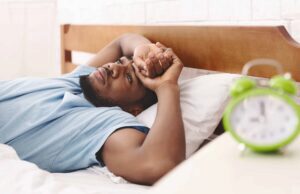 Learn about the most common sleep disorders, their impact on your health, and treatment options.