Sleeping Comfortably While Managing Your Scoliosis

A guide to sleeping better with scoliosis and post-surgery tips

By Emma Forbes June 16, 2022
The spinal column is a complex structure composed of 33 individual vertebrae stacked end-over-end from the top of our necks to the bottom of our tailbone. It provides structure and support while also enabling us to move. A healthy spine has a natural S-shaped curve consisting of three natural curves — one at the neck (called the cervical spine) and another at the lower back (called the lumbar spine), both of which have a slight concave curve; and third at the middle back, with a gentle convex curvature. These natural curvatures act somewhat like a mattress coil, compressing in on themselves to absorb shock while also allowing for full range of motion. In some cases, the spine can develop an abnormal curvature either in utero, as a child grows into adolescence, or as we age due to spinal degeneration. Abnormal sideways curves in the spine are called scoliosis.

Scoliosis is most often diagnosed in adolescence. It can be mild, progressive, or severe, and treatment can range from regular monitoring to wearing a brace to surgery in more severe cases.

Scoliosis can happen in different areas of the spine.

Lumbar scoliosis — occurs in the lower, or lumbar, part of the spine. This most often develops in older adults due to spinal degeneration. Individuals with lumbar scoliosis may look as if one hip is higher than the other.

Thoracolumbar scoliosis — occurs when the curve involves vertebrae from both the thoracic and lumbar parts of the spine. Thoracolumbar scoliosis usually develops during the third to sixth week of an embryo’s gestation and is often detectable at birth. It is often caused by a neuromuscular condition such as spina bifida or cerebral palsy.

Scoliosis can be mild or severe and symptoms are just as varied. They can also impact sleep quality. Researchers are just beginning to study the impact scoliosis has on sleep. According to a clinical trial by Chinese researchers currently recruiting participants, “Preliminary evidence suggests that SDB [sleep disordered breathing] in children is associated with low bone mass and postural stability, which might be mechanisms in the development of scoliosis.”

How Can Scoliosis Affect Sleep?

“Scoliosis can have a number of effects on an individual’s sleep,” says Dr. Peter Bailey, a family practice physician and expert contributor for Test Prep Insight, “but the most significant are pain, restlessness, and dangers of airway obstruction.” However, the most common affects reported by scoliosis patients are fatigue and trouble falling asleep.

Scoliosis can cause back pain and fatigue due to muscle strain. Treatments such as spinal surgery can also cause pain and discomfort — all things that can interfere with a good night’s sleep. But breathing problems, associated with thoracic scoliosis when the rib cage becomes distorted and presses against the lungs, can become a concern especially during sleep.

A study recently published in the journal World Neurosurgery involving 57 patients with adolescent scoliosis found that those with scoliosis have more apnea (temporary cessation of breathing) and hypopnea (shallow breathing episodes) during sleep compared to people who did not have scoliosis. Furthermore, “sleeping on the convex side of the thoracic curve results in higher pAHI (Apnea and Hypopnea Index) scores than on the concave side,” researchers concluded.

How to Stay Comfortable With Scoliosis

It may seem difficult to get a good night’s sleep when you’re dealing with pain, discomfort, or breathing issues associated with scoliosis. But there are many things you can do to improve your sleep. We asked our experts to offer suggestions:

Change up your sleeping position. “In my opinion, sleeping on your back is the safest and healthiest position. The issue obviously is that for many people with scoliosis, this can also be the most painful position. The danger of side and stomach sleeping, however, is that you may not have the strength to right yourself or may be prevented by moving by your back brace if your airway gets cut off. Some form of back sleeping is best,” Dr. Bailey says.

Mind your surgical site. If you have recently undergone back surgery for scoliosis, finding a comfortable position may be difficult. “The first 4 weeks after scoliosis surgery can typically be uncomfortable. While typically the surgical incision will be in the center of the back, it is ok to lie on your back,” says Dr. James D. Lin, a spine surgeon and Assistant Professor of Orthopedic Surgery at Icahn School of Medicine at Mount Sinai.

Cozy up with extra pillows. Use extra pillows to add comfort and support. “Don’t be afraid to bring lots of pillows into bed with you. Use the pillows to support your back and hips, especially if you’re going to be sleeping on your side,” Dr. Bailey says. “I would recommend sleeping on your side with a pillow between your knees for support. If there are any questions, I would recommend checking with your spine surgeon,” Dr. Lin adds.

Exercise. “While it is common to have back pain with scoliosis, with the sedentary nature of modern life, it is also very common to have back and neck pain even in the absence of scoliosis,” Dr. Lin says. “I would recommend to all patients to make sure they are getting regular aerobic exercise, have a good ergonomic setup for work, and stand regularly if they have a desk-based job. That may carry on to better sleep at night.” Also try exercises that strengthen core muscles to improve balance and promote good posture.

Invest in a new mattress. “Every patient is unique and every scoliosis is different, and therefore there isn’t a universal sleeping position that works for everyone,” Dr. Lin says. “The key is to find a comfortable mattress and potentially use small pillows to fill in the areas where the body isn’t touching the mattress to take pressure off prominent areas. Think of how an egg carton cradles an egg.”

Use caution when getting in and out of bed. This is especially important after undergoing scoliosis surgery as the slightest awkward movement can have you reeling. The goal is to keep the neck and spine in alignment. Check out this video for a demonstration on how to properly get in and out of bed following surgery.

Whether you are a lifelong sufferer of scoliosis or developed the condition later in life due to spinal degeneration, chances are you’ve experienced difficulty sleeping at night. Sleep, along with a healthy diet and exercise, is considered one of the three pillars of health. Without it, we are at increased risk for a myriad of health problems including high blood pressure, heart disease, diabetes, depression, and dementia. Insufficient sleep also reduces the body’s tolerance to pain, worsening inflammation and exasperating existing pain.

There is no need to suffer in silence. There are several things you and do to improve your sleep including using extra pillows for support, investing in a new mattress, or simply changing your sleeping position. If you’ve tried various strategies and still can’t get good rest — or if you believe you may be suffering from sleep apnea — talk with your doctor. Medication or a visit to the sleep clinic may be in order. 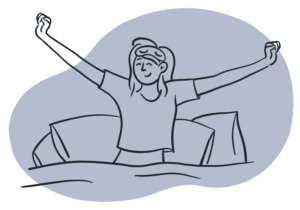 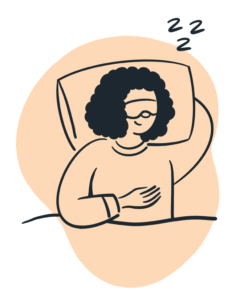 Sleeping With Lower Back Pain

Mattress Nerd consulted Dr. Steven Knauf, D.C. to ensure that this article met our editorial standards Poor sleep hygiene can take a massive toll on your overall health. In addition to a weaker immune system, higher rate of depression and exhaustion, and increased chances of obesity, sleep deprivation can also cause significant lower back pain.  Our lower back […] 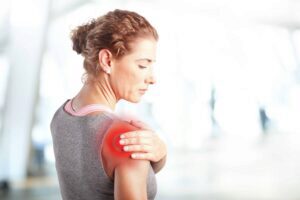 Mattress Nerd consulted Vivian Eisenstadt, MAPT, CPT, MASP, to ensure that this article met our editorial standards Shoulder pain is surprisingly common and can range from being slightly bothersome to excruciating. The condition can limit mobility and sideline even the fittest of individuals, often interfering with sleep. Continue reading to learn how you can manage your […]