A Camper's Guide to Sleeping Under the Stars

Because spending a night in the great outdoors shouldn't compromise great sleep.

You don’t have to be a rocket scientist to realize the benefits of being outdoors. Studies have shown that just two hours in nature can greatly improve your sense of health and wellbeing. But did you know spending the night outside can actually reset your biological clock and improve your sleep? Read on and see how a simple weekend camping trip can vastly benefit your sleep and, in turn, your overall health. 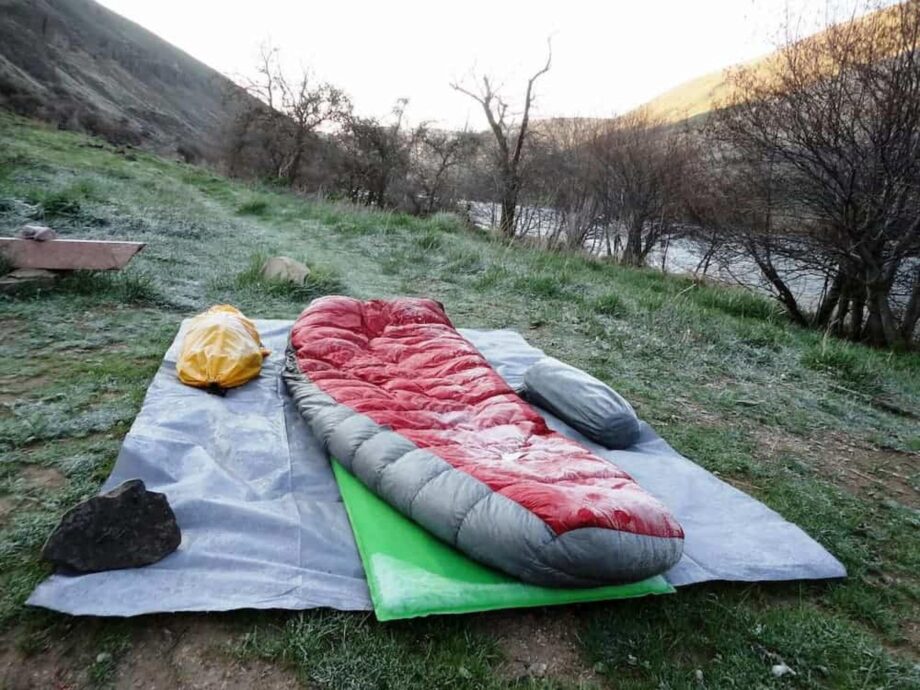 Is Camping Beneficial for Sleep?

A weeklong camping trip is a wonderful way to get a little exercise and connect with nature. It also exposes you to natural light and darkness, which can have a profound impact on your circadian rhythm and help you fall asleep, University of Colorado Integrative Physiology Professor Kenneth Wright found. A weekend camping trip in the winter can have an even more profound effect, according to a follow-up study published in the journal Current Biology.

What is the circadian rhythm?

The circadian rhythm is our body’s internal clock that regulates our sleep-wake patterns over a 24-hour cycle. This clock is operated by a group of neurons in the brain called the suprachiasmatic nucleus, which takes cues our body sends when it senses changes in the environment. For example, when we see the sun setting and dusk gathering, sensors in our eyes send a message to the suprachiasmatic nucleus which triggers the production of melatonin, the so-called sleep hormone.

For the most part, the circadian rhythm works like clockwork, enabling us to fall asleep at night and wake in the morning. But sometimes our circadian rhythm gets out of synch, for example, when we travel by air over time zones and experience jet lag. But there are more subtle ways our sleep-wake schedules can be disturbed. Researchers have found that reduced exposure to daytime sunlight and increased exposure to electrical lighting at night can lead to late circadian and sleep timing. Having an out-of-synch sleep-wake cycle may lead to a sleep deficit, which can put you at an increased risk of heart disease, kidney disease, high blood pressure, diabetes, and stroke, as well as mood disorders and accidents.

But a good dose of natural sunlight can do wonders. “What’s remarkable is how, when we’re exposed to natural sunlight, our clocks perfectly become in sync in less than a week to the solar day,” said lead researcher Wright, who also serves as director of CU-Boulder’s Sleep and Chronobiology Laboratory. He monitored eight participants as they went about their daily lives while wearing wrist monitors that recorded the intensity of light they were exposed to, the timing of that light, and their activity.

After a week, Wright recorded participants’ circadian clocks by measuring their level of melatonin. The second week, the participants went camping in Colorado’s Eagles Nest Wilderness where they were exposed only to sunlight and the light emanating from campfires. No flashlights or electronic devices were allowed. After the second week, Wright observed that participants’ bedtimes began to sync with sunset and sunrise, kicking in about two hours earlier than before.

In a follow-up study four years later, Wright recruited five new volunteers to camp for one week in the Colorado Rockies. He found campers’ biological nights shifted more than 2.5 hours earlier, but they did not wake earlier. Instead, they slept longer adapting to the longer hours of darkness seen in winter.

Camping outdoors has obvious benefits. But let’s face it: Sleeping bags and tents hardly compare in comfort to our cozy mattresses and temperature-controlled bedrooms at home. Don’t despair. We’ll explain ways you can make your camping environment more conducive to sleep.

How to Sleep Better While Camping

Sleeping in a new environment can take some adjusting, especially if that environment happens to be outdoors. Let’s take a look at some things that may interfere with your comfort and strategies you can use to make your camping excursion comfortable:

You don’t have to sacrifice your comfort to spend some quality time in the great outdoors. Here are a few tips and tricks to stay comfortable no matter what Mother Nature throws your way.

Established campgrounds provide many amenities for campers including designated spaces for tents, tables, fire pits, as well as restrooms, electrical hookups, and water. Whether you’re going primitive or glamping in a luxury RV, here are some location tips to keep in mind:

If you opt against camping in a designated space provided by a campground, you’ll want to follow the rule of 200 feet, the Washington Trails Association advises. In other words, set up your camp so that your sleep space, trail, water, food storage, dishwashing, and toilet are all 200 feet apart. Regardless if you are sleeping in a tent, camper, or RV, if you’re sharing your sleep quarters you want to make sure each of you has plenty of room. If you’re too cramped, consider pitching additional tents or bringing along more campers.

Equipment to help you sleep

There are plenty of products available that can help make your sleep while camping more comfortable. Let’s take a look at a few: 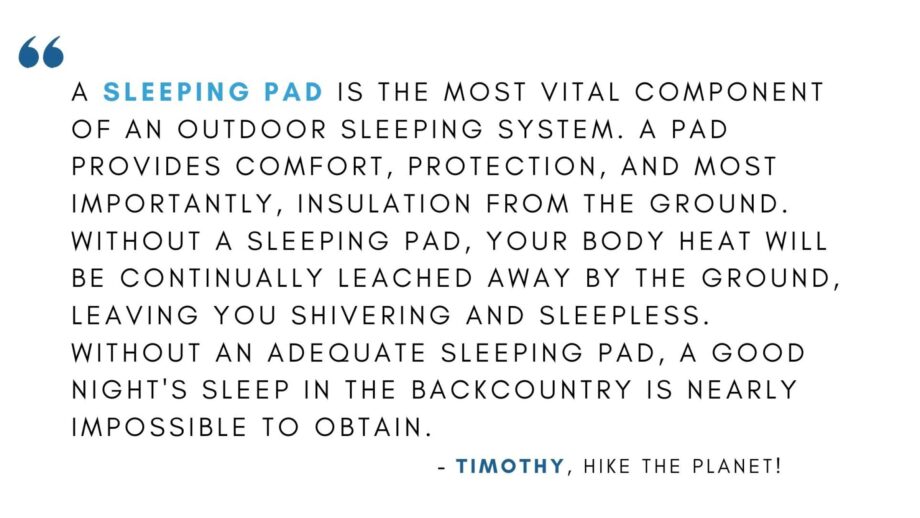 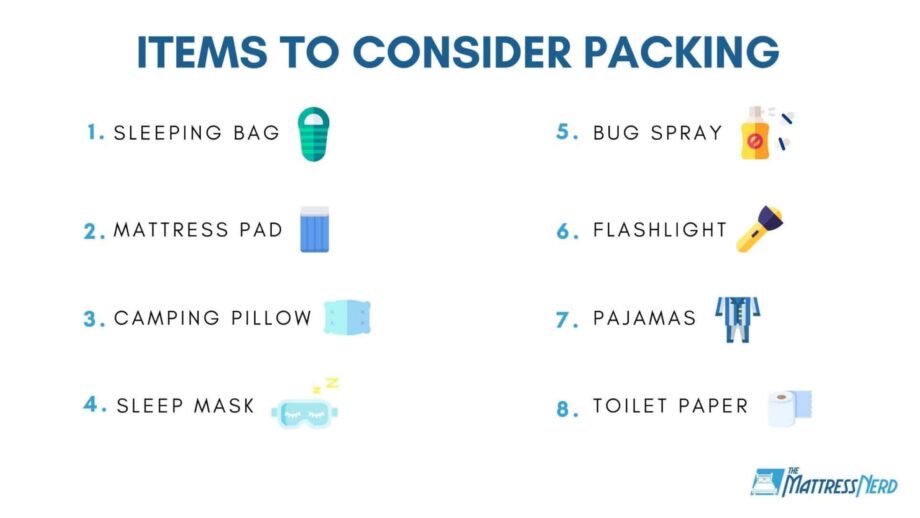 Being in nature has countless benefits. But there’s plenty of stuff outdoors that can be disruptive to your good sleep. Let’s take a look at a few annoyances and how you can avoid the possible discomfort they cause:

When you camp in the wilderness, or even at an established campsite, you’re spending the night in the home of countless species of wildlife including raccoons, bears, or even Sasquatch. Here are some ways to stay safe during your camping excursion:

When you camp, you’re sure to run into a few pesky insects, which can be especially bothersome at night. Mosquitos, flies, bees, spiders, and ants have a way of making themselves known. But there are ways you can keep them from interrupting your peaceful night’s sleep:

The great outdoors is peaceful, but it’s also quite noisy. This can be disruptive at night when mosquitoes buzz, cicadas whir, and crickets chirp. Block out those noises with a set of earplugs. They’re also small and easy to pack!

The sunrise is a wonder to behold. But if you’re hoping to sleep in, you might want to pack a sleep mask to block out the sunlight.

Unless you’re glamping in an RV, you won’t be able to control the temperature around you. Being too hot or too cold can certainly disrupt your sleep.

Just because you’re camping doesn’t mean you should skip your nighttime routine. Do the things you usually do 30 minutes before bed, like brush your teeth, visit the restroom, and read or meditate to wind down. Here are some other helpful hints to improve sleep while camping:

Science has proven that time in the great outdoors offers countless benefits for your general health and wellbeing. Spending the night outdoors can also improve your sleep by resetting your biological clock. However, sleeping outside isn’t necessarily as comfortable as sleeping in our own beds in our own bedrooms. But there are many ways you can make your camping excursion more comfortable and conducive to sleep. And, in turn, enjoy the vast benefits of a good night’s sleep. 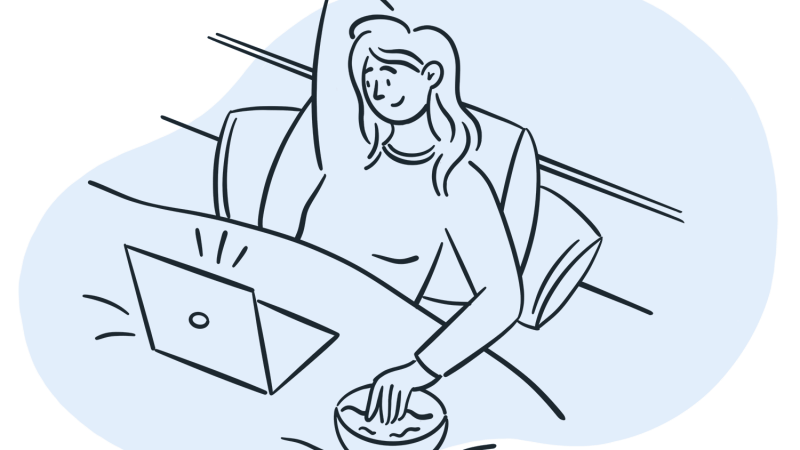 Blue light - the little glow that you didn't even realize was affecting your sleep. Click here to read about how you can start sleeping better with an easy fix. 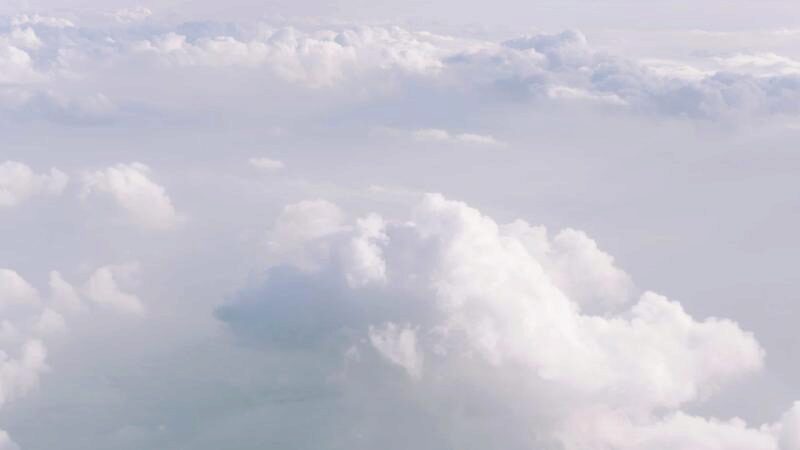 Waking up can be hard sometimes. One thing that is key in waking up feeling refreshed is being able to fall asleep when you want to. However, this is often easier said than done. 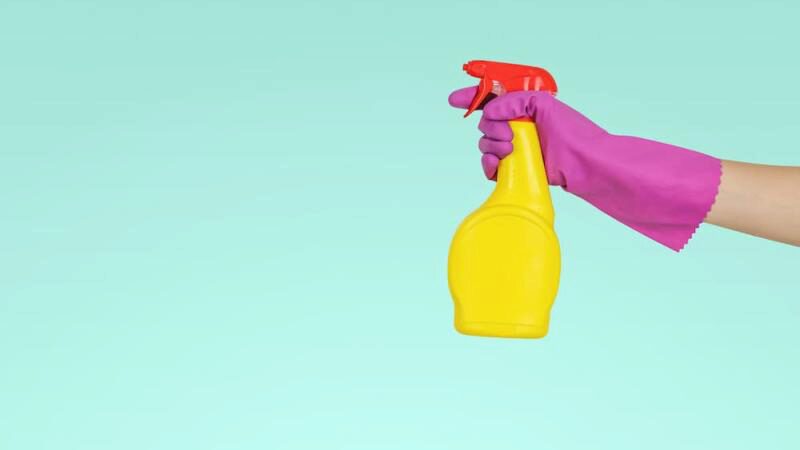 So many products in our bedrooms contain harmful toxic chemicals that we are breathing in each and every day. In this guide, we call out some of these common products and give you tips to replace and restore your bedroom to an all-natural oasis.