Expectant parents are often advised to get plenty of sleep while they can because once their bundle of joy arrives, uninterrupted sleep will be a rarity. What they are less likely to be told is just how difficult it can be to get restful sleep when you’re pregnant.

A study published in the journal Sleep Medicine involving nearly 2,500 pregnant women confirms this theory. It found that more than three-quarters of study participants reported that they suffer from poor sleep quality, more than half experience insomnia, and virtually all frequently wake up at night.

“It is super important to get enough sleep while pregnant,” says Stephen Light, CMO and co-owner of Nolah Mattress. Sleep deprivation not only makes you feel exhausted the next day, it can also increase feelings of anxiety and depression. Long-term sleep deprivation can also increase the risk of heart disease, kidney disease, high blood pressure, and type 2 diabetes.

When you’re pregnant, insufficient sleep can have other ill effects for both mother and baby, ), says Dr. Daniel Boyer of the Farr Institute. “Lack of quality sleep during pregnancy has been linked to gestational diabetes mellitus. This is because sleep plays an important role in regulating blood sugar,” he says. “In addition, lack of or too much sleep during early stages of pregnancy can lead to the development of high blood pressure as per research findings. Severe sleep deprivation in the third trimester of pregnancy may also raise the risk of preeclampsia (a condition that can lead to preterm delivery and long-term medical complications for the mother’s heart, kidney and other organs).”

Despite the importance of food sleep during pregnancy, nearly 28 percent of expectant moms end up getting less than seven hours of sleep each night, according to The nuMoM2b Pregnancy and Sleep Duration and Continuity Study. This is less than the seven to nine hours recommended by sleep experts.

A woman’s sleep changes as she progresses through pregnancy, according to research published in Obstetrics Medicine.

In early pregnancy, increases in the hormone progesterone cause sleepiness, so you may feel more tired during the day and sleep longer at night. But it can also trigger sleep-hindering symptoms such as nausea and urinary frequency.

As pregnancy hormones begin to balance out by the second trimester, energy levels improve, and bathroom breaks during the night become fewer and farther between. However, new issues arise as the fetus develops. Fetal movements become more active at night. And the extra weight you’re carrying around can give rise to leg cramps and restless leg syndrome.

By the time mothers reach the third trimester, 66 percent report having sleep disruptions, and more than 73 percent say they experience some degree of insomnia. There are plenty of reasons for this. As a mother’s belly expands, it becomes more difficult for her to find a comfortable sleeping position. The urgency to urinate also resurfaces as the baby’s weight begins putting pressure on the bladder. Heartburn and anxiety can also set in.

However, getting a good night’s sleep doesn’t have to be an intangible dream. By identifying their sleep disruptions, moms-to-be can make specific lifestyle changes to improve overall sleep quality so they can feel well-rested by the time their bundles of joy arrive.

Here are some common sleep disturbances and disorders experienced during pregnancy:

How to Get a Better Night’s Sleep While Pregnant

It is possible for pregnant women to sleep better at night. We asked some experts to weigh in with their suggestions:

There are numerous benefits to getting a good night’s sleep for both you and your unborn baby. “Sleep plays a major role in memory, learning, appetite, mood, and sound decision making, which are important for the mother’s and the baby’s wellbeing,” Boyer says.

However, doing so is easier said than it sounds. “You know that a new baby is definitely going to disrupt your sleep, so cashing in on sleep before he or she arrives is key,” Saunders says. “But getting comfortable and sleeping through the night when you’re pregnant can sometimes be tricky.”

With a good understanding of what to expect — and a few lifestyle changes to combat the challenges —you can rest assured that good, restorative sleep is within reach. 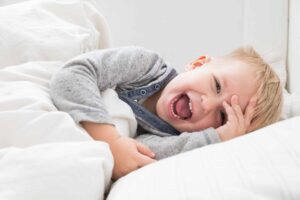 See the best toddler beds available for purchase as your child makes the transition from the crib to a big kid bed, and learn how to shop for safety and budget. 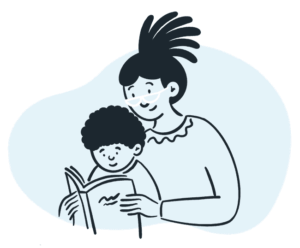 It’s difficult enough getting your kids up and ready for the day. But getting your crew fed and dressed with teeth brushed and making sure backpacks are stuffed with all the necessary homework—well, that can frazzle even the most patient nerves. Add in the struggle of getting your kids out of bed or the dramatic […]