The Link Between Sleep, Substance Abuse, and Recovery

Learn how substance abuse, substance withdrawal, and recovery affect your sleep health and what you can do about it. 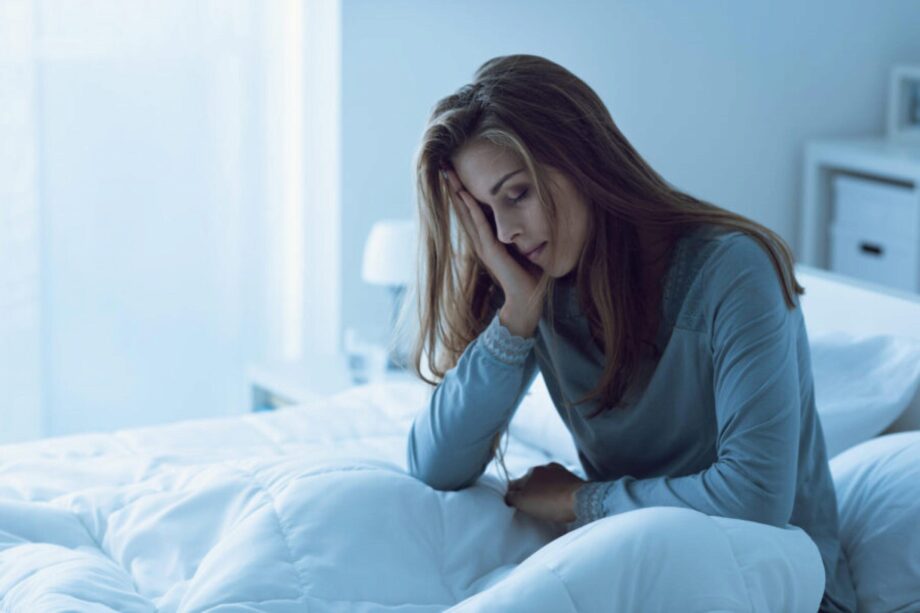 According to a study published in the journal Psychiatry, people with substance abuse disorders are 5 to 10 times more likely to have trouble sleeping. Problems with sleep can persist into addiction recovery as the body adapts to new, healthier sleep-wake cycles. While substance abuse disorder is an umbrella term for all different types of substance abuse, it is important to note that each type of substance has its own two-way relationship with sleep. Continue reading to find out how different substances may be playing a role in your sleeping patterns.

As we mentioned earlier, different substances act differently on the body and the brain and affect sleep in different ways. Let’s take a closer look at how alcohol, prescription medications, and illicit drugs may be affecting your rest.

“Lack of sleep causes many negative effects such as stress, unhealthy food cravings, poorer relationships, and impaired judgment; this can lead to conditions such as depression that can drive people to self-medicate through substance abuse.” – Dr. Brian Wind, Clinical Psychologist & Chief Clinical Officer at JourneyPure Addiction Treatment Center.

Many people enjoy a nightcap to help them fall asleep. But if you have too many glasses of wine or vodka tonics, it ends up working against you. Sure, alcohol can make you sleepy and cause you to conk out. But once the relaxing effects of the booze wear off, it reduces your time in restorative rapid eye movement (REM) sleep. The more you drink before bed, the more pronounced these effects. Alcohol can also cause you to wake during the night and leave you tossing and turning for hours, unable to fall back to sleep.

Alcohol consumption also inhibits breathing while you sleep because it relaxes the muscles in your throat and, thus, puts you at increased risk of snoring and obstructive sleep apnea, a condition in which the airway becomes blocked and breathing stops momentarily.

“Alcohol can prevent the brain from falling into a deep sleep while increasing the number of times a person wakes up during the night. Stimulant drugs like meth and cocaine can also make it harder to fall asleep, and some drugs can cause damage to parts of the brain that make it difficult to fall asleep and stay asleep.” – Dr. Brian Wind.

Stimulants are drugs that affect the central nervous system and include a long list of both illicit drugs and prescription medications. Legal stimulants are prescribed to treat various conditions such as attention deficit hyperactivity disorder (ADHD), narcolepsy/excessive daytime sleepiness, and depression.

While stimulants are known for often increasing how awake we feel, they can sometimes make it harder for people to fall asleep, resulting in a decrease in our sleep quality and quantity. The misuse of stimulants can also cause REM sleep rebound, a condition that occurs when REM sleep takes up an abnormally high percentage of total sleep time and shortens the amount of time it takes to reach the first REM sleep period. These REM sleep effects are sometimes not experienced until 1 or 2 nights after withdrawal.

Opioids are drugs that relieve pain, but they can also produce euphoric effects. This category of substances is notorious for its high abuse potential as users can quickly become physically and psychologically dependent. Opioid examples include OxyCotin, Vicodin, Codeine, Morphine, and Heroine.

Studies show that opioids can disrupt sleep by blocking access to REM sleep and the deeper restorative stages of non-REM sleep, leading to excessive daytime sleepiness. While opioids are often prescribed to treat chronic pain, roughly 21% to 29% of patients prescribed opioids for chronic pain misuse them. Opioids have been associated with a rising number of drug overdose deaths prompting the Centers for Disease Control and Prevention (CDC) to label opioid abuse a national epidemic.

Depressants are drugs that slow brain function and are used for a range of conditions. Depressants cause drowsiness, which is why they are sometimes prescribed for insomnia and other sleep disorders. People who become addicted to depressants can experience withdrawal symptoms that include difficulty falling asleep or staying asleep. These symptoms can begin as early as a few hours after the drug was last taken.

Some depressant medications include:

Illegal depressants include Quaaludes and GHB (gamma hydroxybutyrate), sometimes referred to as the “date rape drug.”

“Different types of substances can affect sleep differently. Alcohol can interrupt the REM cycle of sleep so that the person never gets to restorative sleep. Cocaine users may take longer to fall asleep and reach REM sleep, sleep less and have a reduced percentage of REM sleep. Marijuana users have more slow-wave sleep but less REM sleep.” – Dr. Brian Wind

How Lack of Sleep Contributes to Substance Abuse

Now that we have evaluated how the abuse and misuse of different substances can lead to trouble sleeping, it is time to turn this two-way relationship on its head and determine how sleep disturbances may be contributing to substance abuse.

If you are experiencing insomnia or daytime sleepiness, try your best to resist the urge to self medicate. If you have been prescribed medication to help you sleep, take only the dosage your doctor prescribed and do not mix the prescription medication with other drugs or alcohol, as doing so can have life-threatening results.

We realize that substance abuse is a serious condition that should not be taken lightly. If you feel that you are actively abusing substances and the issue is no longer in your control, please reach out to a medical professional to develop a plan that is right for you.

Now that we have covered the two-way relationship between sleep and substance abuse, let’s explore the role sleep can play in substance withdrawal and recovery.

The Link Between Sleep & Addiction Recovery

Good sleep is an important part of recovering from substance abuse. While we sleep, the brain regulates enzymes and hormones in the body which helps the mind better process information which can speed up the recovery process. On the flip side, Inadequate sleep can disrupt this process and can cause anxiety, impulsivity, mood swings, and depression—emotions that increase the risk of relapse. According to the Journal of Addiction Medicine, individuals are 5x more likely to suffer from insomnia while recovering from substance abuse.

Stopping or reducing alcohol or drugs can result in physical and mental symptoms known as withdrawal. The types of symptoms experienced depend on the substance you are quitting or cutting back on and may include anxiety, fatigue, sweating, vomiting, depression, seizures, and hallucinations.

Sleep disorders are also a common symptom for people recovering from substance abuse. That’s because abusing drugs or alcohol can disrupt the body’s sleep patterns. When you quit using, your body begins to regain its normal functions and adjust to a more regular rhythm. It’s not uncommon for sleep to be disrupted during substance withdrawal, but it is still a very important contributor to recovery. Thus, when it comes to substance withdrawal and recovery, sleep should be a top priority, even if it means carving out time to take naps throughout the day or spending extra time at night unwinding.

While it may feel like a heavy burden to carry now knowing just how connected your sleep is to your recovery process, try to take comfort in knowing that there are tools and resources out there to help you get the sleep that you need.

If you believe you are dependent on drugs or alcohol and it is affecting your sleep, consider talking with your doctor or a drug counselor about finding a healthy way to cut back on your substance use or stop for good.

If you are a heavy user, it is important that you consult with a professional as quitting or cutting back suddenly without support can lead to dangerous withdrawal symptoms. If you are not sure where to turn for help, contact the Substance Abuse and Mental Health Services Administration at 1-800-662-HELP (4357).

If you aren’t ready for treatment but are looking for ways you can improve your sleep, consider these recommendations for better sleep:

Substance abuse is a serious problem that affects millions of Americans. Not only does alcohol and drug addiction take a toll on mental and physical health, but it can also adversely impact sleep. In fact, sleep disorders are a common withdrawal symptom for people with substance use disorder. While the cycle seems never-ending, it doesn’t have to be. There are resources available to help you overcome your dependence on drugs or alcohol, so you can get a good night’s sleep. 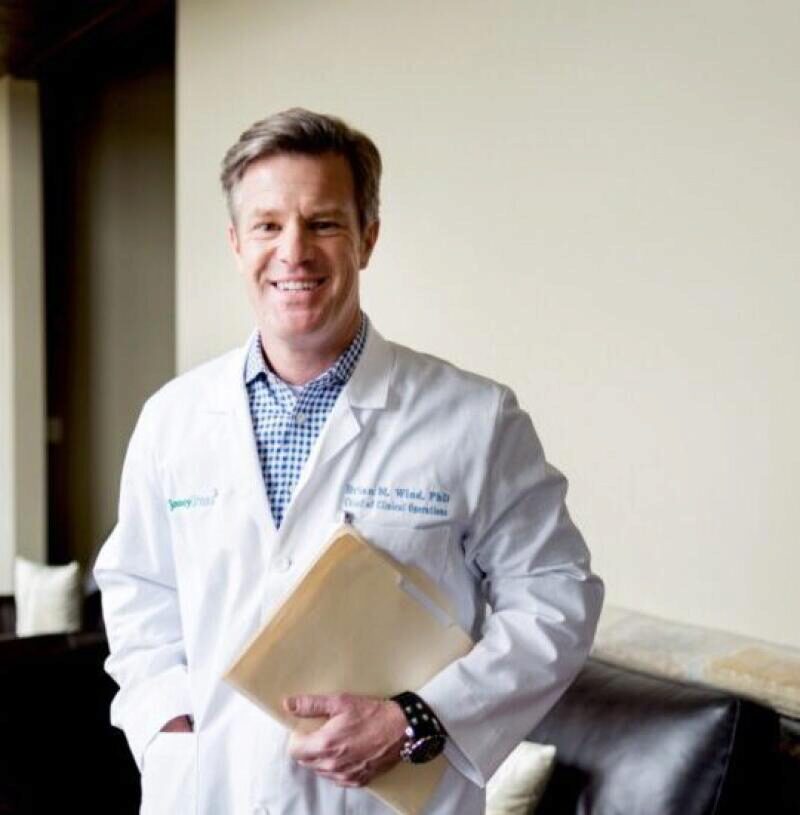 With almost 20 years of experience, Dr. Wind is a recognized leader in clinical psychology. He is an adjunct professor at Vanderbilt University and has been mentioned in news articles from Authority Magazine to the Tennessean. Dr. Wind is the Chief Clinical Officer at JourneyPure, an Addiction Treatment Center. He’s also in recovery himself and passionate about spreading awareness on substance abuse. 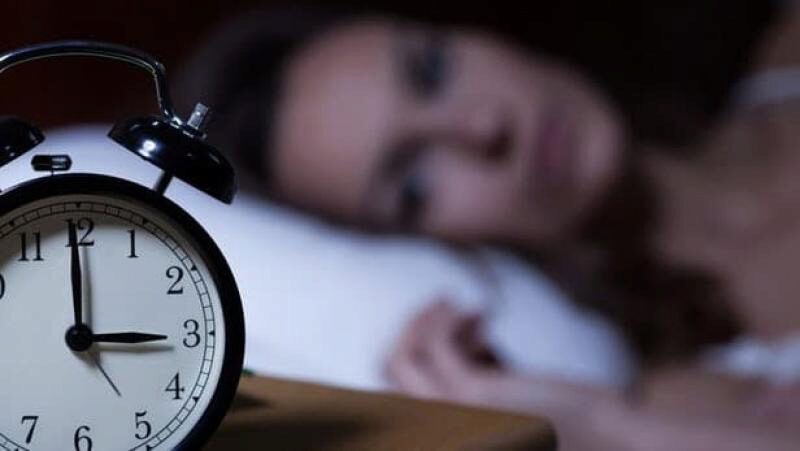 Learn why stress is keeping you up at night and how to reclaim your sleep. 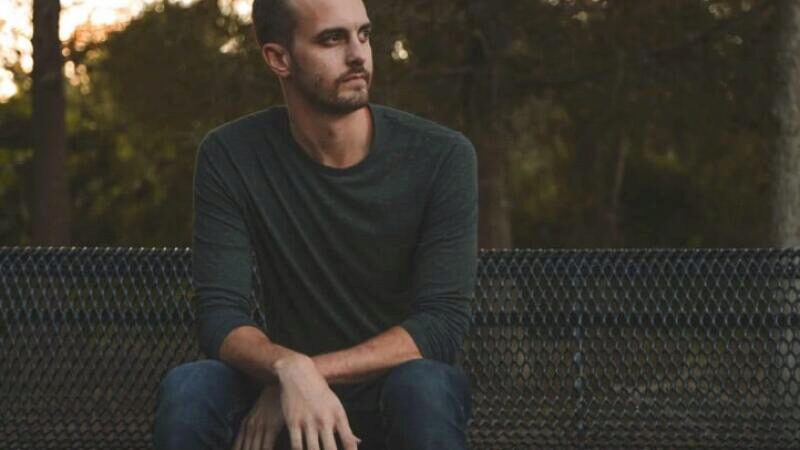 We've all spent nights staring at the ceiling, wishing we could cast off into a deep sleep. If you have trouble sleeping, it's a good chance that anxiety has something to do with it. 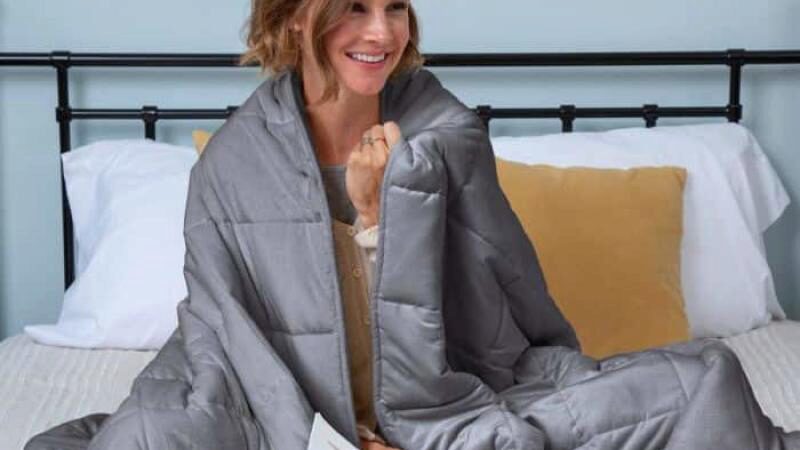 If you've ever wondered whether a weighted blanket could help you mitigate anxiety symptoms or encourage a deeper snooze, this comprehensive guide is just what you need! 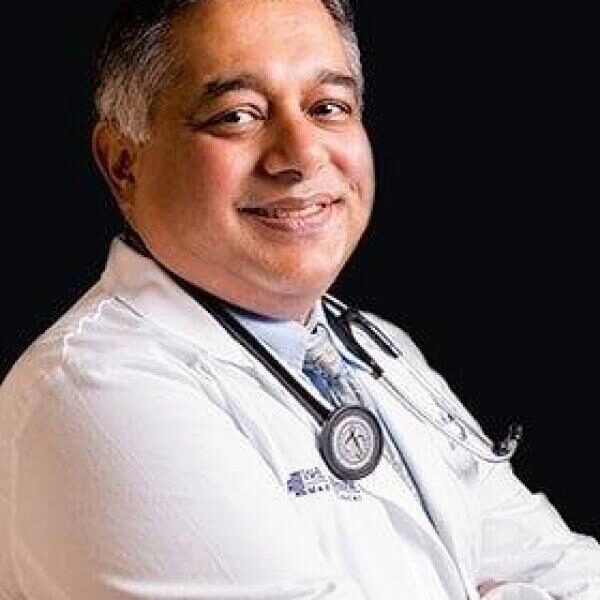