How to Comparison Shop at Mattress Firm

Mattress Firm® is the country’s largest mattress retailer by far. I get far more emails about how to comparison shop at Mattress Firm than every other question combined, so I figured it was time to write an article to address some of these comments and questions.

Until fairly recently, Mattress Firm was primarily located in the southern United States. In the past few years, Mattress Firm rapidly expanded nationwide, first by buying west coast chain Sleep Train and Sleep Country USA in 2014, and then to the east coast by buying Sleepy’s in 2016. Now, they are ubiquitous throughout the country.

So in this guide, I will list some general tips at comparison shopping at Mattress Firm and then some specific alternatives to various exclusive lines they have.

Many tips from my mattress negotiation guide still hold true. You still want to find the right mattress for you, so you’ll need to try out some mattresses and narrow it down to the one that works best. If it’s dramatically out of your price range, have a second, less expensive, mattress as another option in case you can’t negotiate down that far. Then, you’ll want to try to comparison shop that mattress somewhere else. By showing your willingness to walk away without buying, the salesperson may be more willing to lower his or her price either immediately or when you come in later.

On the other hand, it might not be as simple as finding the exact mattress elsewhere online and having them match the price. Again, many of Mattress Firm’s mattresses are now exclusive. You may want to find another brand or another lineup within the same brand (i.e. compare a Beautyrest Platinum Hybrid to a Beautyrest Black Hybrid) that you like just as much, but is cheaper, and then have the stores negotiate back and forth over you.

Now, as far as I can tell, the prices at 1-800 Mattress are the same as the prices at Mattress Firm (or at least on their website at the time of writing this article).

So at the very minimum, you should be able to save 10% off of Mattress Firm’s prices on most models (there will be some exclusions on MAP products, meaning Minimum Advertised Price, but for most of their products, it should work). If you like your Mattress Firm salesperson, see if he or she can just honor that coupon.

If you’re willing to do a little more legwork, read below.

Mattress Firm primarily sells Simmons and Serta products, as well as their private label brand Hampton & Rhodes, and a few other smaller brands like Eclipse and Dream Bed.

They used to sell Sealy and Tempurpedic, but Mattress Firm and Tempur Sealy had a major falling out early this year, and are now in dueling lawsuits.

Here are some tips to comparison shop the brands that they do sell.

Much of Mattress Firm’s floor is dedicated to Simmons Beautyrest. There are several different lineups within Beautyrest. Mattress Firm carries the Recharge, Black Hybrid, BlackICE, and Legend collections.

These are the models that are a little easier to comparison shop, because they are a bit older and were sold nationally. These models came out in 2015 and can be seen on my 2015 Beautyrest comparison chart. The problem is, many stores, like Sears, have moved on and are now selling the 2017 models. The new lineups are now called Silver and Platinum. At the time of writing this, US Mattress (another affiliate partner of mine) is still selling the 2015 models along side the 2017 models.

Otherwise, you’ll want to compare the Recharge models to the Silver models that came out in 2017, and the “World Class” models at Mattress Firm to the “Platinum” models sold elsewhere. They won’t be exact matches, but they’ll be fairly close. In my opinion, they should count as “comparable” for the purposes of Mattress Firm’s price guarantee, but they may have a different take on it.

The Legend lineup is somewhat similar to the old “Level 2” World Class models from previous years, in that they use a layer of “micro-coils” in the comfort layer. They’ll be a bit more durable than a layer of foam, so you can get a layer of contour without sacrificing as much longevity.

They’re similar in quality to Beautyrest Black models sold elsewhere, but they’re not identical in construction. They will have similar layers of foam and the high-end Black models will use the micro-coils. If you want to comparison shop a Legend, I’d recommend seeing if you can find a Beautyrest Black that you like as much and compare to that.

I get asked about this one a lot. The Black Hybrids are only sold at Mattress Firm. Other stores will sell Beautyrest Black models but without the hybrid surface layer. (Hybrid means there is a thinner quilting layer and it has a flatter top, so it feels more like a pure memory foam mattress on the surface. Otherwise, it’s like a traditional innerspring). The regular (non-hybrid) Beautyrest Blacks will be similar quality to the Black Hybrids, but will feel a bit different because of the top.

Other stores will also sell the Platinum Hybrids (which you can find on my 2017 comparison chart). They will have a similar feel to the Black Hybrids, but the Black Hybrids use a little better materials and are a little higher quality.

So if you want to comparison shop a Black Hybrid, I’d recommend going one of those two routes: a non-hybrid Black (for the construction), or a non-Black hybrid (for the feel).

These models are all-foam mattresses made exclusively for Mattress Firm. They came out with these after Tempurpedic was pulled off of Mattress Firm’s floor. You won’t find this exact mattress elsewhere, but Tempurpedics sold elsewhere are going to be roughly comparable.

If you’re interested in something dramatically cheaper, you can also consider some online direct-to-consumer mattress options. You can find some of those on my list of Tempurpedic alternatives.

Serta is best known for its Perfect Sleeper and iComfort lineups, but Mattress Firm has a few extra lineups exclusive to them.

Mattress Firm doesn’t carry much in the way of the Perfect Sleeper lineup. On their website, they only show a basic 8-inch foam mattress, the Alesbury. This isn’t even worth comparison shopping in my opinion since it’s just a cheap guest room bed.

This is an exclusive lineup to Mattress Firm. It uses the “886 DuoCore” coil system that Serta uses in their “Perfect Sleeper Elite” models sold elsewhere, so that will be your best shot at comparison shopping.

This is a tricky one, because in my opinion, they’ve named these somewhat deceptively.

Mattress Firm appears to have taken that old iSeries name and applied it to a lower end lineup than the iComforts, despite using the old name. They also use 886 coils in a queen size (called the Pro-Support here, rather than DuoCoil. I am not 100% clear on the difference).

Furthermore, they call it the Hybrid 100, Hybrid 300, Hybrid 500, and so on. There are national iComfort mattresses with those same names, in the “iComfort Blue Max” lineup, which is a very different mattress.

This makes it very confusing.

Here’s the key takeaway. The iSeries at Mattress Firm is a slight step down from the iComfort Hybrids you’ll find elsewhere. They use the same foams as the iComfort models, but a coil system more like the Perfect Sleeper Elite (or SmartREACT) models.

This one is easy to comparison shop, since it’s the same name at other retailers.

Most of these mattresses tend to be on the lower end of the quality and price spectrum, better suited for guest rooms or temporary use. Some on the higher end compare favorably with low to mid-range Beautyrests, so those would be a good option to compare. But, you won’t find the same mattress with the same specs elsewhere.

Since it is their private label brand, Mattress Firm may have a little more room to negotiate on these mattresses than on other models. But, it’s harder to use their price guarantee to do it (again, since the same mattress doesn’t exist elsewhere. You may have to do more traditional negotiating to get good prices on these.

Tulo is Mattress Firm’s answer to online mattresses like Tuft and Needle, Leesa, and the like.  They use 1.5 inches of poly foam, 2 inches of memory foam, and a high resiliency foam base.

If you’re willing to do the legwork to go into a store and try out mattresses in the first place, there’s nothing special about the Tulo, and since you’re already there, you might as well try some of the nice mattresses.

If you don’t feel like dealing with mattress shopping at all, and just want a decent mattress at a good price, I’d recommend looking at Leesa and Puffy as my two recommendations.

If you’re looking for an inexpensive mattress online, for temporary use or a guest room, then I’d say the Tulo is a fine option.

The Dream Bed Lux is a rather expensive foam mattress that uses “Octaspring” technology, which is found in mattresses by a company called Dormeo. However, the Dream Bed Lux only uses a smaller layer of them deep in the mattress, and above it it’s a more traditional foam. The Dream Bed models feel very similar to Tempurpedic models, which Mattress Firm no longer sells (the two companies got into a dispute which resulted in lawsuits on both sides).

You can’t really comparison shop this one directly at any other major retailers I’m aware of. However, the Tempurpedic models sold at other stores will be fairly similar in feel and quality.

You could also look for one of the direct-to-consumer foam mattresses, like the higher-end ones that Nest Bedding sells, but, if you really like how this one feels, and you don’t mind the price, it is a fine mattress.

In conclusion, there are a couple of ways to save money while shopping at Mattress Firm, but my recommendation…

And if all of that is too intimidating, you can just buy one of the direct-to-consumer mattresses and try that out for a couple months. If that doesn’t work, THEN go to Mattress Firm and start the process above.

And if after reading this, you’re still unsure about how to compare a model, contact me on the form on my Comparison Shopping page here with your question.

Hope this helps. Comment below if you were able to save money using this article! 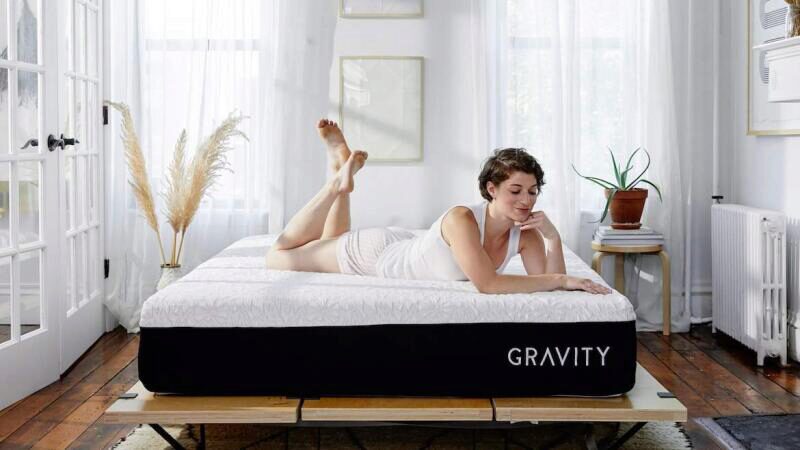 The Gravity Ice Hybrid has a balanced foam feel with the breathability and support of coils. It's an excellent match for back sleepers, side sleepers over 130 lbs, and lightweight stomach sleepers. 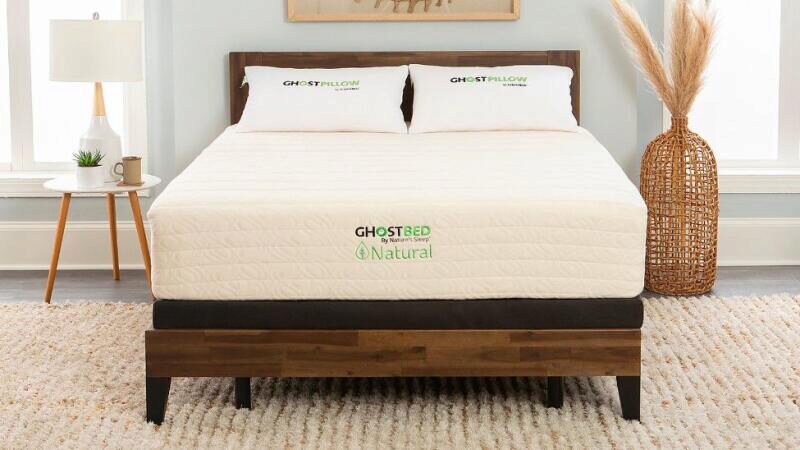 Read this GhostBed Natural mattress review to find out why this mattress is one of the highest scoring beds we’ve ever tested. 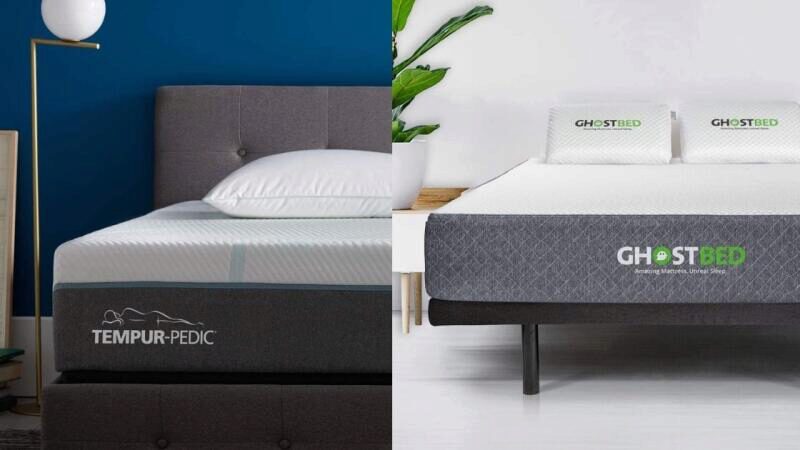 In our GhostBed vs. Tempur-Pedic mattress comparison, you’ll find out if the original GhostBed or classic Tempur-Adapt has the features that you want in a new bed. 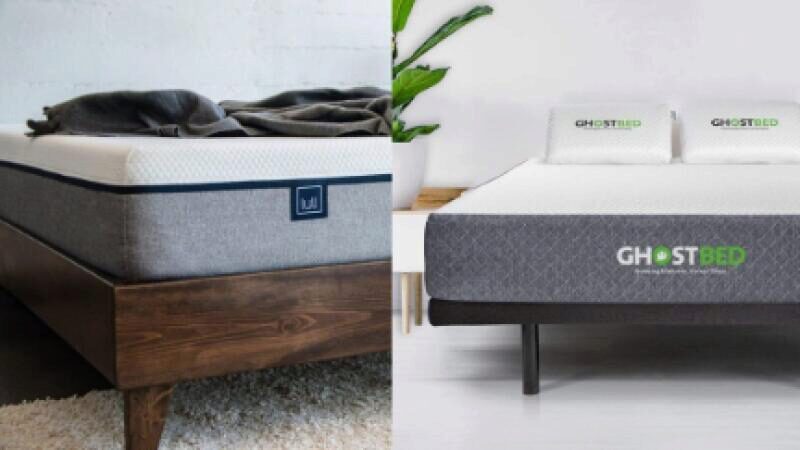 Deciding between the Lull and GhostBed? Learn how these beds compare so you can choose which one best fits what you’re looking for. 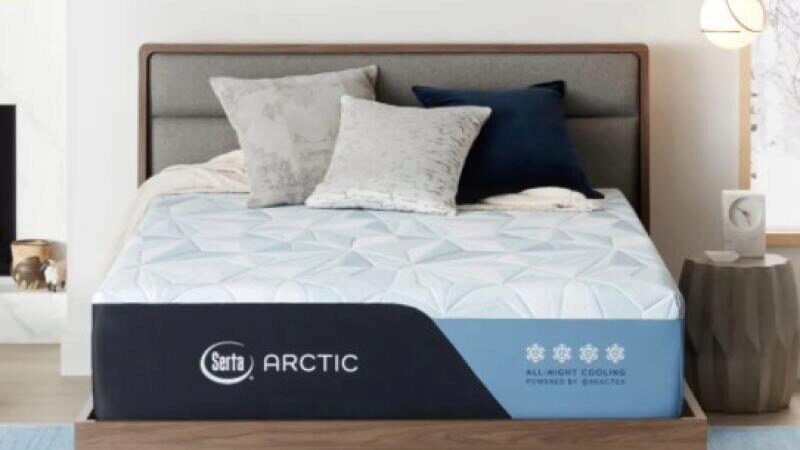 The Serta Arctic is designed to sleep 15 times cooler than other Serta mattress models. It's a good option for luxury shoppers who want a temperature-neutral foam bed. 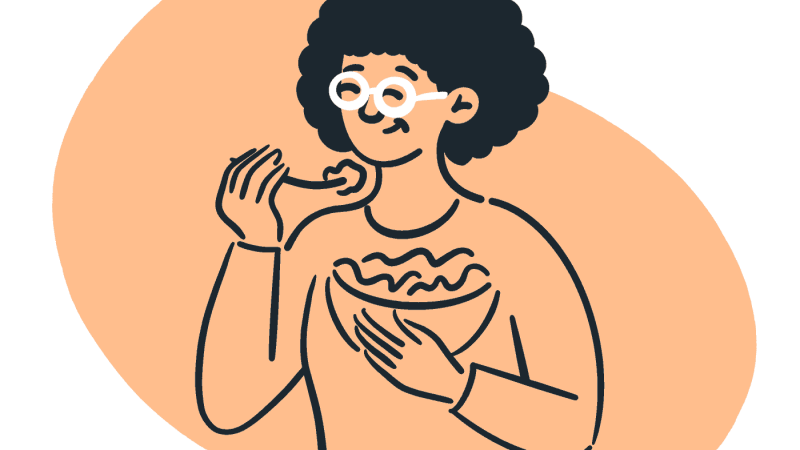 Sleep and Nutrition: How What You Eat Affects Your Sleep

How what you eat affects your sleep.

Read our in-depth, expert review of the Gravity Blanket, and find out how this blanket can help you fall asleep more quickly, find deeper sleep, and stay asleep longer. 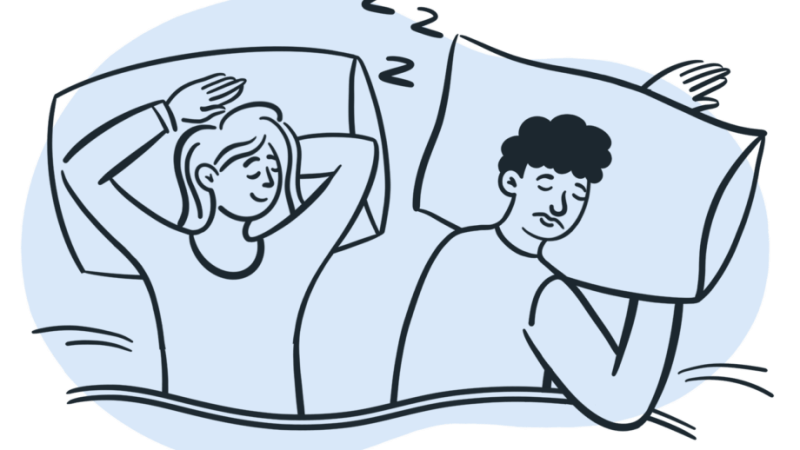 Getting a good night's sleep isn't a lofty dream. 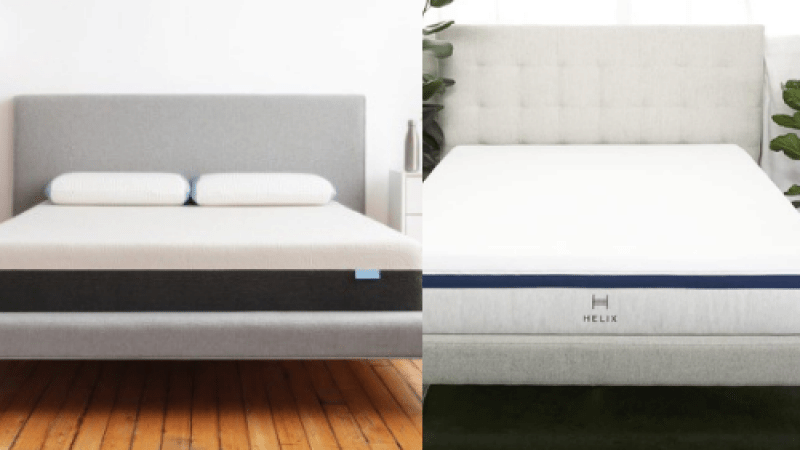 Should you buy the all-foam Bear mattress or a hybrid Helix Midnight mattress? We help you decide on your new mattress in this Helix vs. Bear mattress review.