Parachute Home offers three different mattress toppers to suit a sleeper’s temperature and position preferences. Find out which Parachute Mattress Topper is right for you.

The Mattress Nerd’s Take: All three Parachute mattress toppers can make an huge difference in the feel of your current mattress. If you need more back support or extra plush comfort, then these toppers are a great choice for you. However, if you’re shopping on a budget or if you tend to sleep hot, then Parachute may not offer the best mattress toppers for your needs.

Has your mattress become less comfortable over the years? Do you wish your mattress were a bit softer, but don’t want to splurge on a brand new mattress just yet? Instead of buying a new mattress, you could soften up your mattress with a topper from Parachute. They offer three different toppers: a down topper, a down alternative topper, and a wool topper. These mattress toppers aren’t perfect for everyone, but each one offers a unique sleep experience that might be just right for you. For our recommendations on memory foam toppers, see Best Memory Foam Mattress Toppers. 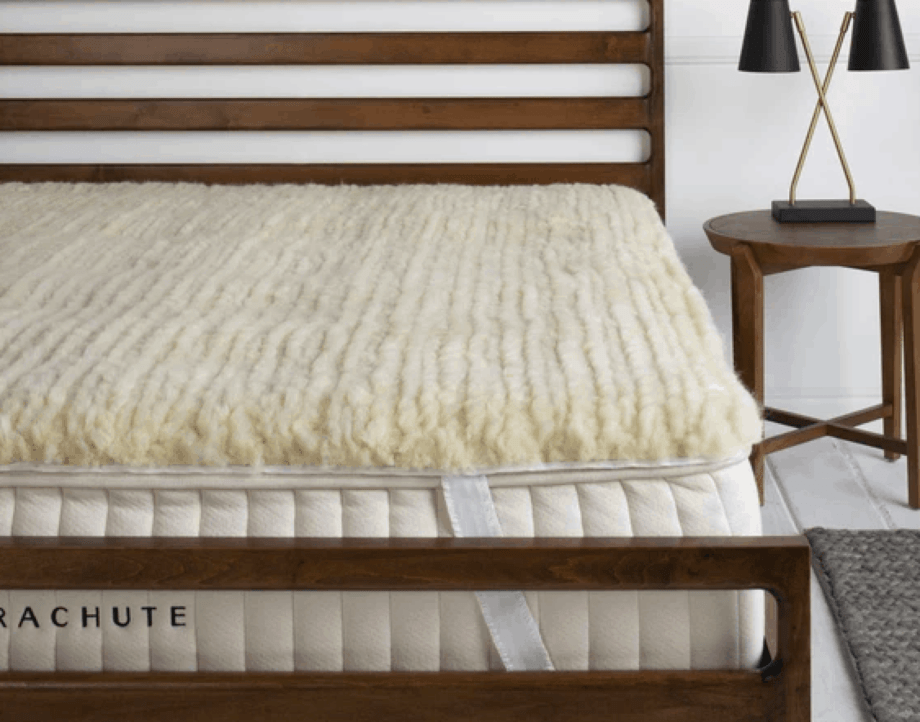 What Makes the Parachute Mattress Topper Stand Out?

Even Distribution of Fill
The down and down alternative mattress toppers from Parachute are incredibly well-made so that the fill stays evenly distributed throughout the topper. The “baffle box” construction of the topper divides it into various sections so the fill can only move around in a small area. This means the topper will stay fluffy and supportive instead of thinning out over time.

Hypoallergenic
Some people avoid down products because the feathers and down can carry common allergens like dust mites. Parachute has a great option for allergy-prone sleepers who still want the feeling of down: their down alternative topper. This alternative fill is made from hypoallergenic microfiber that will not collect allergens like real down, but will still have the plush pillow-top feeling of down.

Pressure Relief
Many side sleepers experience pain in their pressure points, like the hips or shoulders, because their sleeping position can lead to pressure buildup in those areas. If you often wake up feeling stiff or sore, then the Parachute wool mattress topper could be a great way to wake up feeling rested and refreshed instead. The wool batting cushions the pressure points without the “hugging” feeling of memory foam.

Poor Temperature Regulation
In our view, the Parachute mattress toppers aren’t the best cooling toppers out there because they don’t sleep as cool as we’d like. Down and wool both absorb body heat easily, and while microfiber fill (the down alternative fill) sleeps cooler than the others, it still isn’t as cool as some gel memory foam mattress toppers or latex mattress toppers.

High Price Point
Oftentimes, people buy mattress toppers as an affordable way to extend the life of their mattress once it starts getting uncomfortable. However, it isn’t an affordable option if the topper itself is too expensive. Parachute toppers range in price from $169 to $399, which is nearly half the cost of some more affordable mattress options. If you’re on a tight budget and looking to invest in your sleep long-term, it may be better to buy a new mattress instead of a Parachute mattress topper. See our Best Affordable Mattresses for more options.

What is the Parachute Mattress Topper Made Of?

The down mattress topper is filled with two layers of a down-feather combination with 550 fill power. Fill power is an indicator for the loft, or height, of the down: It essentially represents how fluffy the down is. Level 550 down is relatively fluffy, but it isn’t the fluffiest option out there. A fill power of 900 is often considered the highest fill power for down.

The Parachute down alternative topper is filled with plush microfiber fill to create the soft, pillowy feel of down without the actual feathers. Microfiber is more breathable and cool than down, but it compresses more quickly, making it slightly less pillow-like than a down topper.

The wool mattress topper is made from virgin wool, which is wool that has not been used in other products and recycled. Wool is relatively breathable, meaning it allows for good airflow. Still, it tends to absorb body heat, so it can still sleep hot despite its breathability.

Each of the Parachute mattress toppers come with a soft and highly breathable 100 percent cotton cover.

Mattress feel is one of the most important factors for getting a good night’s sleep, especially when you aren’t satisfied with the current feel of your mattress. Let’s take a look at how each of these Parachute toppers actually feel when you sleep on them.

The Parachute down mattress topper feels very plush. With 550 fill power, this topper has considerable loft which then slowly compresses when you lie down. This creates a soft, feather bed feeling that is well-suited for lighter back sleepers and side sleepers. The topper will cradle around pressure points and conform to the sleeper’s body shape. However, the down absorbs body heat very easily and tends to heat up fast.

The down alternative topper offers a cushioning and feel that’s similar to the down topper, but a little different. Microfiber doesn’t retain its shape over time the way feathers and down do, so it may develop body impressions after a few years. Still, the down alternative material is much cooler than down.

While the wool mattress topper can soften your sleep surface slightly, it is not as plush as the other Parachute toppers and it offers more support.This makes it a great option for stomach sleepers who tend to sleep better with a firm mattress or folks with back pain who need a mattress topper with proper support.

If you’re interested in exploring more of Parachute, read our Parachute Pillow Review.

Parachute ships their mattress toppers for free to all 50 of the United States, plus they will ship to American Samoa, Guam, Puerto Rico and the U.S. Virgin Islands for an extra cost calculated by USPS. You can expect your topper to arrive 10 to 15 days after placing your order.

If you order a Parachute mattress topper and decide it just isn’t for you, you have 60 days to return your topper for a refund. All returned toppers are donated to Habitat for Humanity.

All Parachute mattress toppers are covered by a 3-year warranty, so if you notice any manufacturing defects in your topper, you can file a warranty claim to receive a repair or replacement.

All three Parachute mattress toppers are high-quality toppers that can help certain sleepers get a better night’s sleep. The down topper is especially great for side sleepers or anyone who enjoys the pillow-top feel of down. The alternative down topper is best for back sleepers and folks with allergies, while the wool topper is best for stomach sleepers and people with back pain. However, it’s worth noting that Parachute toppers aren’t great for hot sleepers or those on a tight budget. 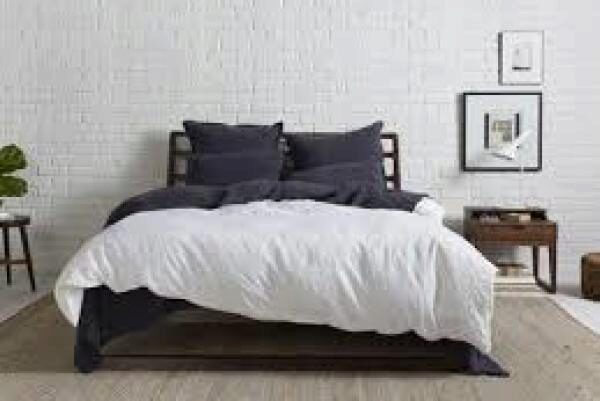 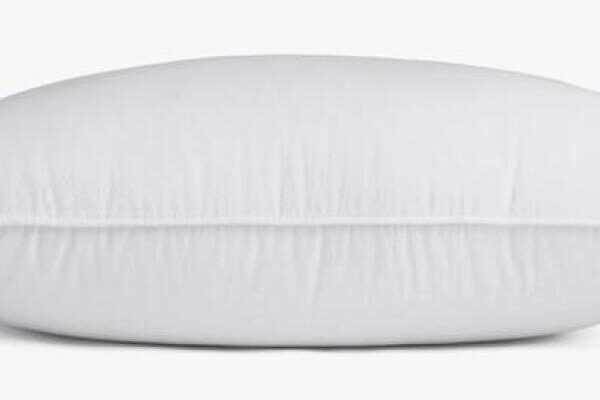 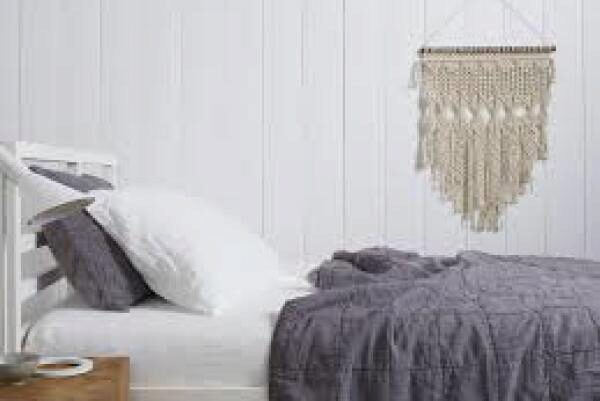 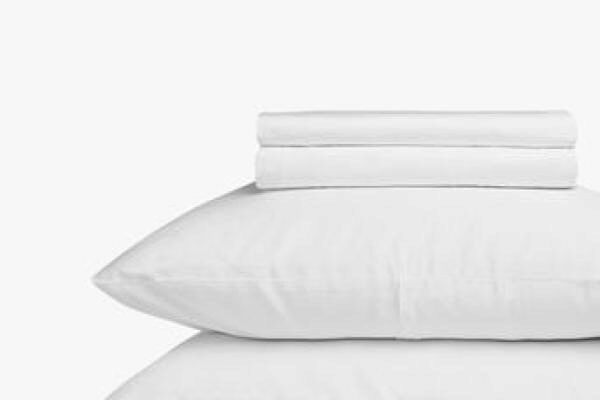 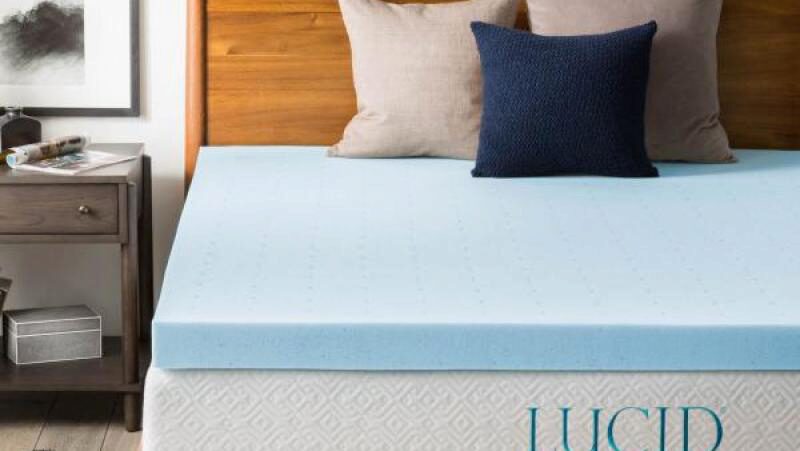 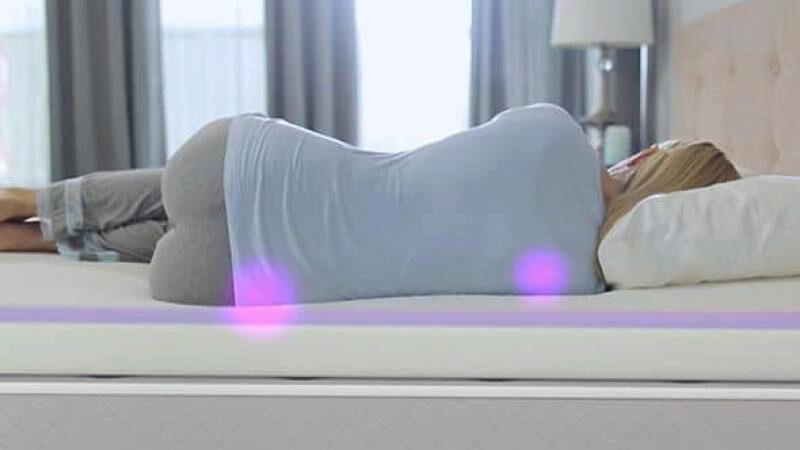 In this in-depth review of MyPillow's newest mattress topper, we'll give you an unbiased look at the all-foam topper and let you know who it's best for. 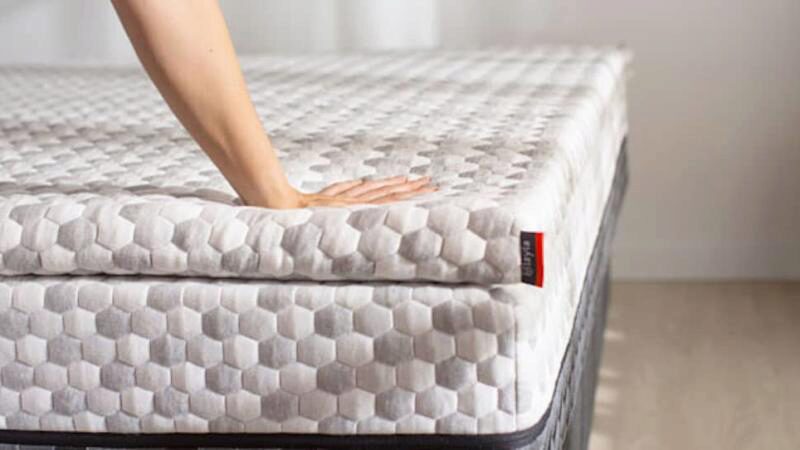 We review one of our top picks for best memory foam mattress toppers, the Layla, and we explain which sleepers it will benefit the most.